Posted on 24th April 2014 by admin in Featured, Step 5 and below with 0 Comments 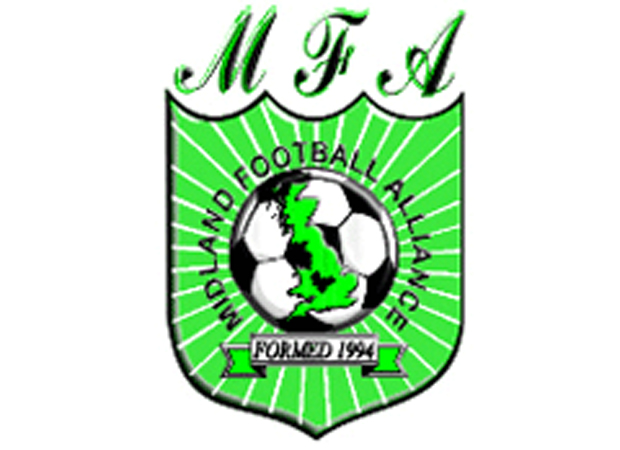 A NEW Midland ‘super league’ is set to be formed in time for next season.

The Step 5 league is planned initially as a merger of the existing Midland Alliance, which was formed 20 years ago, and the Step 6 Midland Combination.

Under the banner of the Midland League, the new competition will kick off in August, providing that the plan is given the green light by member clubs of both existing competitions at their annual general meetings in late June. A new company, Midland Football League Ltd, has already been registered in anticipation.

The ultimate aim is to strengthen the position of Midlands football, with both leagues pooling resources.

The adjacent Step 6 competitions, the West Midlands (Regional) League, formed as the Birmingham & District League in 1889, and the East Midlands Counties League, were also invited to become part of the new league, but have so far declined.

Combination secretary Nigel Wood said that if the Midland League gets the go ahead for next season, the situation regarding promotion and relegation will continue as it stands, with one team going up from each of the Step 5 feeders, including the West Midlands and East Midlands leagues.

The historic names Alliance and Combination, which dates back to the formation of the Worcestershire Combination in 1927, will disappear. The existing Midland Combination Premier will become Midland League Division One, with its lower divisions also amalgamated into the new structure.

The plans are the latest bid to reshape Midlands Non-League football. For decades, there have been calls to merge the parallel Midland Combination and West Midlands League, with the Midland Alliance being formed by the top ten clubs in each in 1994. Gradual geographical realignment in the years that followed led to the West Midlands League covering the western side of the region from which it takes its name, and the Combination the eastern.

Wood said that if the West Midlands League had agreed to join the new structure, it would not have been merged with what is now the Combination to the detriment of member clubs. The pair would simply have become Division One East and West. The door is being left open for them to join at a later date if they wish.

“We will run the league with one management committee and will be able to concentrate our resources into producing a stronger competition,” said Wood.

It is envisaged that the super league will provide a welcome bolthole for clubs who are struggling to compete financially at Step 4.

The West Midlands League, which as the Birmingham League included Hereford United, Kidderminster Harriers, Burton Albion, Bangor City and Nuneaton Borough in its ranks, has always fiercely resisted the loss of its identity.

The previous competition known as the Midland League was founded in 1889 and ran until 1960, when champions Peterborough United were elected to the Football League. A replacement, the Midland Counties League, ran from 1961 until 1982, when it merged with the Yorkshire League to form the Northern Counties East League.