Posted on 28th April 2015 by Steven Coney in Featured, Step 5 and below with 0 Comments 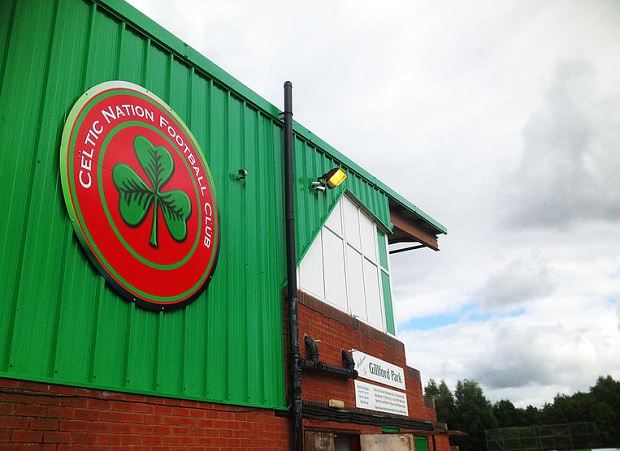 CELTIC NATION, the Carlisle-based club formerly bankrolled by a multi-millionaire will fold – just ten years after being formed.

The club, initially called Gillford Park, enjoyed a rapid rise as they made it from the Northern Alliance up to the Northern League Division One, and announced their intention to aim for the Football League.

They finished second last season, just missing out on promotion to Step 4, as they enjoyed a sizeable budget thanks to wealthy Scottish-born owner Frank Lynch, who changed the club’s name to Celtic Nation in a bid to increase support from north of the border.

However, just before this season started, Lynch walked out and sold the club to former chairman Steve Skinner. They have struggled since his departure, finishing second bottom.

And they have now confirmed to the Northern League that their brief, but gripping, run in Non-League is over. They will play their final game tonight (Tuesday) against FA Vase finalists North Shields.

Celtic Nation secretary and club co-founder Jeff Carr said: “It’s been an unbelievable past few years but a number of people have left the club and we can no longer see any way of raising the necessary finance. It’s heartbreaking for me personally.”

Northern League chairman Mike Amos added: “It’s not been easy for people like Jeff and they’ve tried all ways to find a solution. Celtic Nation will provide a fascinating chapter in Northern League history: it’s been a great pleasure to have known them.”

Brandon United, bottom in Northern League Division Two, are set to receive a reprieve from relegation while Carlisle City have taken up the lease on Nation’s Gillford Park home.