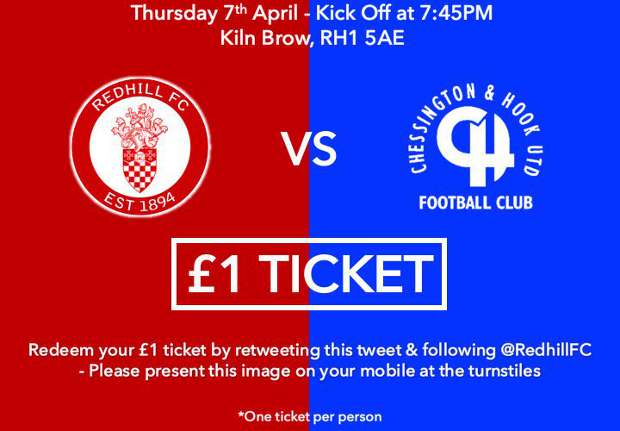 COMBINED Counties League Premier side Redhill are hoping to entice a bumper crowd for their big game on Thursday by offering tickets for just £1.

The Lobsters, currently second bottom of the league, take on third bottom Chessington & Hook United and could go above their visitors with a win.

The Surrey club have thought outside the box in an attempt to encourage people through the gates. Everybody who follows and retweets the club’s official twitter account can gain entry for just £1.

The innovative move is sure to lead to a bigger crowd at Kiln Brow for a game that could define both clubs’ seasons.

We're offering £1 tickets for Thursday's game vs @CHUFC – follow the steps on the image & get down to Kiln Brow! ⚽️???? pic.twitter.com/UrS9DCrGgd