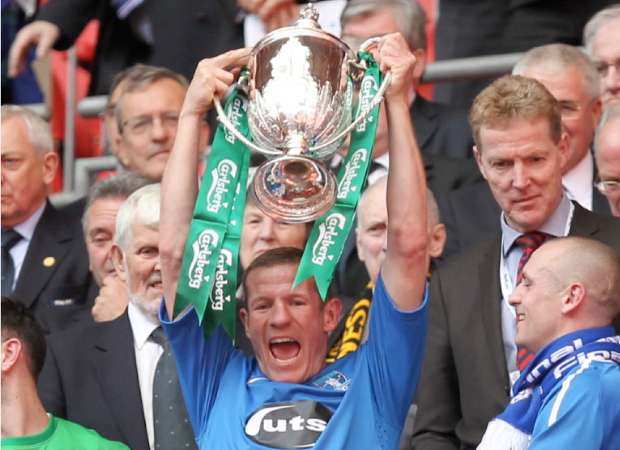 Swailes, 46, who had keyhole heart surgery two years ago, scored the equaliser for Morpeth Town in their FA Vase final win over Hereford at Wembley in May.

He had also previously won the competition with Bridlington Town and Dunston – who he helped beat West Auckland in 2012 – and the veteran defender has now returned to his former club.

Dunston have turned to the former Doncaster, Ipswich, Bury, Rotherham and Blyth defender to replace Billy Irwin, who stepped down last week after almost 20 years at the club.

Swailes’ side lost his first game in charge, bowing out of the Durham Challenge Cup on penalties to Brandon United on Wednesday night, and he has been tasked with taking UTS up the Northern League.

A club statement read: “Dunston UTS are delighted to announce the appointment of Chris Swailes as first team manager.

“‘Swaz’ needs little introduction to our supporters as he was part of our FA Vase winning side of 2012, and became a firm favourite of our fans in his playing days with us.

“He has more recently been involved with Morpeth Town, picking up yet another Vase medal earlier this year in their victory over Hereford.

“Chris is extremely pleased that Steve Bowey has accepted the role of assistant manager, and we wish them both the best of luck for the remainder of the season and beyond.”