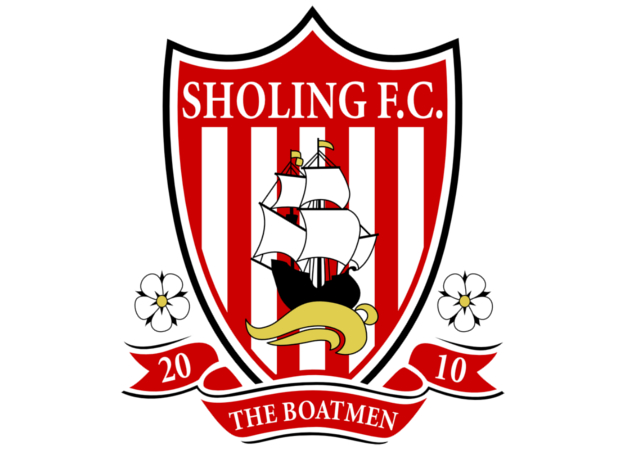 SHOLING paid the best possible tribute to first team coach Darren Burdle as they fired in 12 goals on Tuesday night.

The Wessex League Premier club were shocked by the news that Burdle, affectionately known as ‘Birdman’, had passed away on Monday.

Rather than postponing their Southampton Senior Cup tie against Hedge End Rangers Reserves on Tuesday night, Sholing played the game and put on a show.

Zac Mouland grabbed four as the Boatmen coasted to a comfortable 12-0 victory on an emotional night at the Universal Stadium.

Sholing boss Dave Diaper said: ”The cycle of life has struck again by taking Dazzer from us. He would have been pleased with the 12-0 win tonight, that was for you mate. RIP.”

A club statement added: “Sholing Football Club are shocked and devastated to hear of the tragic death of our first team coach and friend, Darren Burdle.

“Football seems so trivial at times like this, but football was a massive part of Darren’s life. One that he lived to the full.

“Darren joined Sholing from Follands in 2015 after many years both playing and coaching in local football. A larger than life personality, his pre-match warm-up drills were always lively and although he put the lads through the wringer at times, it was always done with a smile and many jokes at the players expense.

“We have lost another good one. We will miss you Dazza.”