Posted on 17th March 2017 by Matt Badcock in Features, Step 5 and below with 0 Comments 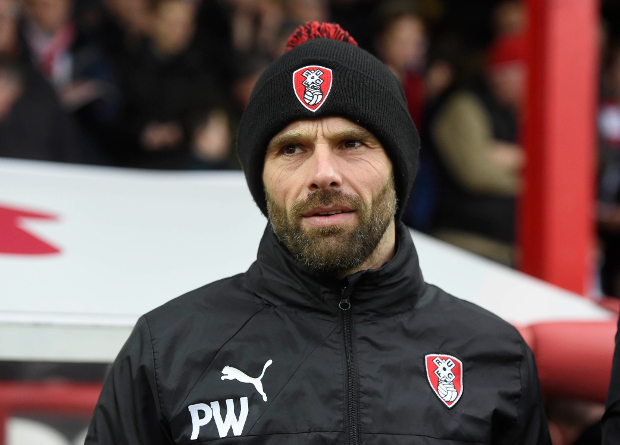 IT’S a long way from the Eastern Counties League to the Championship. In fact, for pretty much everyone at that level of the game, even the National League can feel out of reach, let alone the Football League.

Having started out at Great Yarmouth Town, Warne moved onto Diss Town where he won the FA Vase at Wembley in 1994.

After that he joined Wroxham before, aged 23, and university educated, he got his big break in the League with Wigan Athletic.

He played for Oldham Athletic and Yeovil Town, but either side of them were two spells at Rotherham where he made more than 300 appearances, won two promotions and became a firm fans’ favourite.

In 2012, using his sports science degree, he became the Millers’ fitness coach but now finds himself occupying a hotseat he doesn’t really want to be in as they struggle to beat the drop into League One.

And, yet, the 43-year-old who had a 15-year pro career says he feels like a football fraudster.

“How many games have I played?” he said. “Four-hundred? Maybe more. But I still feel like I’m waiting to be found out. I’ll always be the ‘Non-Leaguer’ who somehow crashed the party.”

Let’s hope more people like Warne keep turning up uninvited because, while he might not know it, he should be inspiring plenty of others hacking away in football’s rough.

Like many industries, football has a certain snobbery and there’s a feeling that if you’re down at the bottom you’re never going to get anywhere. But there’s talent at Step 5 and below too.

With the on-going success of Lincoln City’s Cowley brothers it should help more open their eyes to it.

Danny Cowley’s first game in charge of Concord Rangers was in the Essex Senior League against Sawbridgeworth Town. On Saturday his team walked out at Arsenal’s Emirates Stadium.

There’s been another big boost for Step 5 coaches this week too, with the news Anthony Johnson and Bernard Morley are becoming full-time gaffers at Salford City.

A lot is made about the National League North club’s famous owners, but their record is outstanding with four promotions in a row and a potential fifth on the cards.

They started with very little at Ramsbottom United in the North West Counties League. Chairman Harry Williams laughed when the pair he dubbed Morecambe & Wise first asked for the job. But he gave them a chance and they’ve followed a similar route up the ladder to the Cowleys.

Up near the top with Warne there’s Charlie Austin, Dwight Gayle, Conor Washington – they’re not one-offs. Step 5 managers, coaches, players with big ambitions, should have a spring in their step.

Not all will dream of going high, for many it’s a true hobby, but some will. Of course it’s not as simple as just doing it, but the success stories show how hard work can pay off.

As for Warne, he’s clearly not forgotten his roots.

“This season, one of our lads was on loan at Gainsborough,” he said. “I went to watch him and loved it. I was stood on the side of the pitch, really close to the team. You could hear one person abuse one player. I felt far more at home there than I did in the technical area at St James’ Park.”