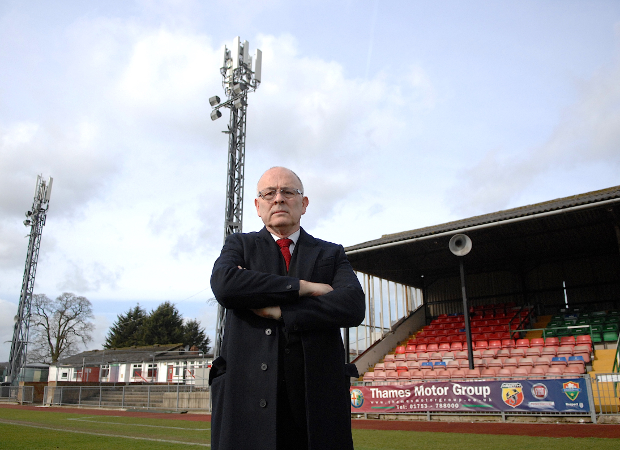 THE FUTURE of Windsor Football Club is being placed on the line after its landlord, The Crown Estate, has precluded The Royalists from a long-term lease, writes Andy Fitzsimons.

After six years of waiting for the Estate to fulfil both its side of the agreement and moral obligations, the Combined Counties Football League club is now seeking to take whatever action it needs to in relation to what it claims is a dereliction of duty.

Chairman Kevin Stott, who founded Windsor FC in 2011 following the demise of its spiritual predecessor Windsor & Eton FC, is now ready to tell the true story that could potentially bring The Crown Estate and, by association, HM Treasury into disrepute for malpractice.

Despite the football club having adhered to the full terms required for a long-term lease at The Stag Meadow Ground back in 2011, the Estate has still only provided the club with an interim tenancy at will, which either party can terminate with just one month’s notice.

The existing arrangement does not provide security of tenure under the Landlord and Tenant Act 1954, which is required by both the Combined Counties Football League and The FA for the club to play its matches at Step 6 and above of the football Pyramid.

More disconcertingly, Stott has since learned that The Crown Estate has knowingly double-leased parts of the club’s Stag Meadow ground in order to make a financial gain, which he believes is, at best, highly unethical and at worst unlawful.

He said: “When you’re dealing with a sovereign government body like The Crown Estate, you expect it to conduct itself with the utmost professionalism and integrity and have an absolute consideration for the people it serves within the local community.

“For the club [Windsor FC] to be able to play at Stag Meadow, the Estate asked us to produce a business plan to show that we had the necessary financial backing and could meet a number of criteria that they had stipulated to be granted a suitable long-term lease. We provided them with everything they asked for six years ago, yet still no long-term lease has been forthcoming.

“One of the prerequisites was for the football club to be sustainable, which begs the question; how can we be sustainable when we can be thrown out with just one month’s notice in the absence of a long-term lease?  At the same time we have to assume all of the financial responsibility [est. £40k – £60k each year) for maintaining the ground.

“The current situation also prevents us from obtaining any grants or long-term investment, it’s totally unreasonable.”

As part of the fraught negotiations, The Royalists’ chairman claims that the Estate has continually moved the goalposts, which has created the current stalemate. It’s a position that is untenable and threatens the very existence of the football club.

Stott, who is the sole director of WFC Football Community Development Ltd., the company that runs Windsor FC, was also shocked to discover that the Estate has profiteered to the tune of over £100,000 from three mobile phone masts that sit on the floodlight pylons that Mr. Stott owns – having purchased them from the Liquidator of the old club back in 2011. 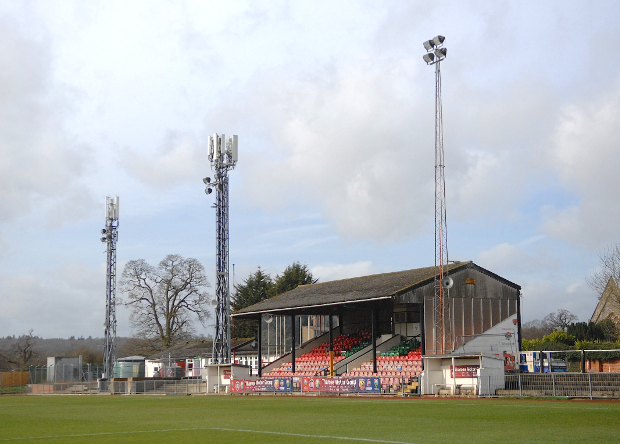 A spokesperson for the Estate, who did not wish to be named, said: “We have been trying to agree a new lease with the football club’s owner [Mr. Stott] unsuccessfully since 2011. We have twice agreed heads of terms [regarding a new lease] on two separate occasions, but no formal lease has been signed.

“The Crown Estate recognises the importance of Windsor Football Club to the local community and the Club will not be asked to leave; although, the tenant has now been in rent arrears for over a year, so we are not currently able to offer a longer-term lease.

“We have also asked Mr. Stott to provide evidence that he owns the floodlight pylons. We will consider any documentation as evidence of this.”

Stott, however, claims that Paul Sedgwick, Head of The Crown Estate in Windsor, has refused to accept any kind of evidence as proof of ownership, which contradicts the Estate’s position.

The rent arrears purportedly owing to The Crown Estate are just shy of £6,500 (£5,330 per annum), which Mr. Stott says will be paid once a long-term lease is forthcoming.

He is adamant that this should be offset against half of the revenue (£50k) that the Estate has unlawfully, and without his consent, profiteered from rental income of the telecoms masts on his floodlight pylons.

Currently, Mr. Stott is still waiting for The Crown Estate to commit itself to a date to meet around the table to discuss the ongoing debacle of the lease and commercial arrangements at Stag Meadow.