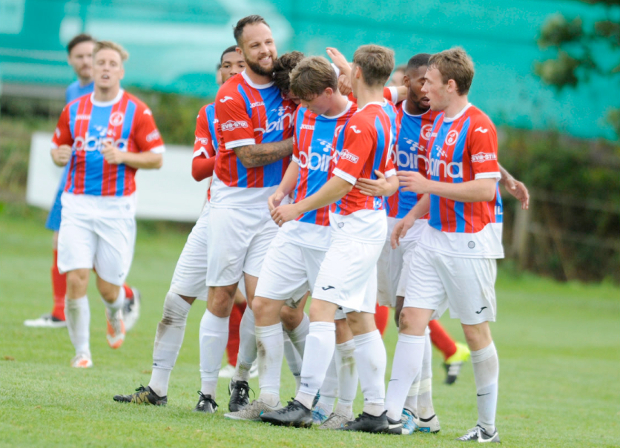 ILKESTON FC have been resurrected by Notts County owner Alan Hardy and will begin next season in the Midland League Division One.

The Robins went into liquidation for a second time in seven years last month when the club were wound up in the High Court.

The former club, Ilkeston Town, suffered the same fate in 2010 but it seems the Robins will get a third bite of the cherry after Hardy stepped in.

Hardy has been linked with a move for the club and it was announced on Thursday that he had officially purchased the Derbyshire outfit from its liquidators.

He also owns the Nottinghamshire Golf and Country Club and acquired Notts County FC in January.

Hardy will stay committed to the League Two side and says Ilkeston, who will be once again called Ilkeston Town, will have its own “corporate governance, with separate directors, financial structure and accountability”.

He has already moved quickly to hire a new manager, appointing former Nottingham Forest defender legend Steve Chettle as their new boss after he left his job as Nuneaton Town assistant.

In a statement, Hardy said: “I am absolutely thrilled to have completed my purchase of Ilkeston FC and can confirm that the club’s name will revert to Ilkeston Town Football Club with immediate effect.

“It is with great excitement that I also announce Steve Chettle as the club’s new manager following his departure from National League North side Nuneaton Town, where he was assistant manager.

“Having grown up in neighbouring Eastwood, I simply couldn’t allow one of the East Midlands’ finest Non-League clubs’ existence to cease when I knew there was a viable method for me to take it forward.

“I am grateful to the FA for giving us the opportunity to compete in the Midland Football League Division One this season and it’s now time to move on with making Ilkeston Town a success on and off the field following a very challenging period for the club.

“I also have a very clear message to the supporters of Notts County, and to football fans in general, who I am sure would like assurances over my commitment to the world’s oldest Football League club.

“Naturally, as would be the case between any professional and semi-professional football clubs, there will be an opportunity for transactions when it comes to such things as the loaning of players, sharing of expertise and so on.

“I am absolutely committed to making Ilkeston Town not only self-sustainable, but also competitive and ambitious in aiming to claim a place in the second tier of Non-League football in the medium term.”