Posted on 19th August 2020 by admin in Latest News, Step 5 and below with 0 Comments 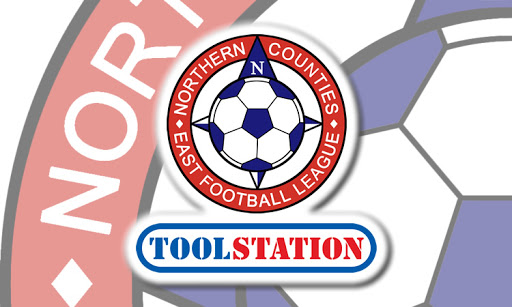 The Northern Counties East League looks unlikely to reverse its decision to postpone the start of their season after the Government agreed to let “some fans” back in Non-League grounds from Step 3 and below.

The NCEL put back the start of their campaign by two weeks until September 19 on Tuesday afternoon after nine out of ten member clubs told them they did not want to play behind closed doors.

The decision followed a Monday night conference call with other competitions and the Football Association and came only hours before Sports Minister Nigel Huddleston clarified guidance for non-elite sports below Step 2 to allow some spectators with social distancing.

Huddleston was coming under increasing pressure to lift a blanket ban on football even before 30 MPs wrote to him on Monday night to demand a special dispensation for Non-League following a snowballing of support from cash-strapped clubs and football-starved fans for #LetFansIn campaign on social media.

The @ToolstationUK NCEL has decided to delay the start of the 2020/21 league season by an initial period of two weeks until Sat 19th Sep, 2020.

It’s hoped by then spectators will be allowed into our stadiums with a government decision set to be “imminent”. pic.twitter.com/9LzrWCvEGS

As reported by The Non-League Paper at the weekend, leading figures in the campaign were even weighing up a legal challenge to clubs being forced to play friendlies behind closed doors when people are gathering in their hundreds and thousands elsewhere to engage in other sporting and leisure activities.

The league’s statement read: “The Toolstation Northern Counties East League have decided to delay the start of the 2020/21 league season by an initial period of two weeks.

“It had been hoped that the new campaign could start on Saturday 5th September, 2020, but the decision to postpone it for at least a fortnight follows a conference call with other leagues and The FA on Monday night as well as a club survey that showed that 90 per cent of our teams do not wish to play league matches behind closed doors.

“In their latest update, The FA told us they are working with the Government and its Department for Culture, Media and Sport (DCMS) on a specific plan to allow spectators back into Non League System grounds. Currently, the FA are waiting on an answer to their latest proposal but such a decision is said to be “imminent”.

“It is the view of the NCEL Board, along with many other Leagues across the country, that playing football behind closed doors in not financially viable and we should not start our league season until spectators are allowed back into our stadiums.

All games to be played behind closed doors, in accordance with FA guidelines.https://t.co/Bjw7Liy5Fw

“We asked clubs to complete a survey to gather their views and, with the overwhelming majority agreeing with our standpoint, the league has pushed back the season start date to Saturday 19th September, 2020, at the earliest.”

Make sure you get your copy of The Non-League Paper every weekend for all the latest news from the FA, competitions, clubs and much more!