The Non-League Football Paper
Home / Featured / It’s the end of an era!

Posted on 10th January 2019 by admin in Featured, Features, Latest News with 0 Comments 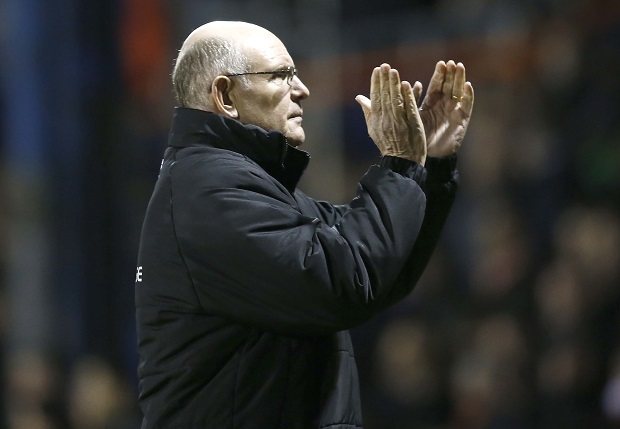 John Still was never going to let a gem slip through his hands. From uncovering Paul Benson at White Ensign, Craig Mackail-Smith at Arlesey Town and spotting Dwight Gayle at Stansted, the legendary boss was always on the look-out.

Even when they just pitched up at Dagenham & Redbridge, as his title-winning captain Anwar Uddin recalls.

“John would literally watch every level of football and he always believed in giving people an opportunity,” Uddin, who played under still for eight years at Bristol Rovers and Daggers.

“Sometimes it would get to the point where it would annoy even me! When I was at Dagenham we would train in the park across from the ground. We would literally get men turning up with a pair of boots saying, ‘Can I join in?’

“Stilly was like, ‘Yep – Anwar can you look after…what’s your name?’ Literally a random guy would join us from off the street!

“Now, 99 times out of 100 they were terrible. I admired their audacity and I believe it’s a great thing to do but Stilly never had that arrogance about him where he’d say, ‘Nah, see you later mate’. That’s what he was like.

“He used to say to me, ‘Listen Anwar, you were walking around the streets of Stepney one day when someone took a chance on you’.”

By the time Still arrived at Dagenham in 2004, he’d already won promotion to the Football League twice.

He first went into the dugout in 1978 at Leytonstone, but even before then he was busy collecting medals as a player, appearing in two losing FA Amateur Cup finals at Wembley for Dagenham before making it third time lucky in 1974 with Bishop’s Stortford.

After Leytonstone merged with Ilford, he led them to Isthmian and Division One titles before moving to Dartford, who he led to the 1983-84 Southern League championship and then third place in the Conference.

He went back to Leytonstone-Ilford, where he won another Isthmian Division One title, before winning the Conference for the first time with Maidstone United in 1988-89.

Another Isthmian Premier title followed in 1990-91 with Redbridge Forest before spells in the Football League with Barnet and assistant at Lincoln City and Bristol Rovers before returning to Dagenham & Redbridge in 2004 where he started to piece together a team that would go on to League One.

“As a manager now I appreciate it even more,” Uddin, who combines his job as Diversity &?Campaigns manager at The FSF with bossing Step 5 Glebe.

“He literally had no money and he found players like me who were injured and needed a break or young kids from Arlesey and teams you’d never heard of, to create a title-winning team.”

Uddin was on the train to sign for Swansea City when Still, then at Bristol Rovers, persuaded him to divert to the Gas. He later took him to Dagenham and placed him at the heart of what he was trying to do.

“I’m not joking, John Still made me feel invincible,” Uddin says. “I wasn’t a player gifted with skill. Although I’d come through West Ham, I was basically the player who looked after Joe Cole, Michael Carrick and Jermain Defoe – let them play and I’d kick everyone else so they could do that.

“But he made me feel so much better than I actually was. I was going into games believing I was the best centre-half in the league and I’m going to lift the title at the end of the season.

“When you look back, he did that to all the players at our club. He doesn’t do it collectively. It’s the individual conversations, it’s the phone calls, pulling you into his office and telling you how good you are. I’m an east Londoner and some of the stuff he said reminded me of something Del Boy Trotter might say!

“When you look back you say, ‘What was he on about?’ But it worked. He had this way with words to make you feel unstoppable. We won the title and not only that we went into the Football League and got promoted again with basically the same team.”

His way with words became known as ‘Stillisms’. Fans at Luton Town fondly remember phrases such as ‘The stronger the team, the stronger the team,’ his comparison of building a football team to that of making a cake and how, ‘You can’t be a little bit pregnant – you either are or you ain’t,’ when talking about whether his side were ready for the tests ahead.

When Still dropped back into Non-League with the Hatters he had the task of delivering promotion to a club where nothing else would do.

As well as getting a side that featured future Premier League striker Andre Gray flying high, he reunited a fanbase still reeling from their relegation out of the League.

When one unhappy fan remonstrated with the players as they left the pitch, Still invited him into training.

The Hatters won the title – Still’s fourth – in 2014 sealing his status at the club.

In 2015, he returned to Dagenham before, last summer, Barnet chairman Tony Kleanthous flew out to Cyprus to convince him to take over the Bees.

Last week, Still sprung the surprise news he was retiring from the dug-out to move upstairs at Barnet and hand the reins to protégé Darren Currie. After 42 years and more than 2,000 games, Still was done.

“I’m glad for him because he’s got a beautiful place in Cyprus that he never uses!” Uddin says.

“John has said he’s going to retire for the last ten years. Finally he has. He can look back at an extremely pleasing career.”