Posted on 2nd July 2014 by Steven Coney in Featured, National League with 0 Comments 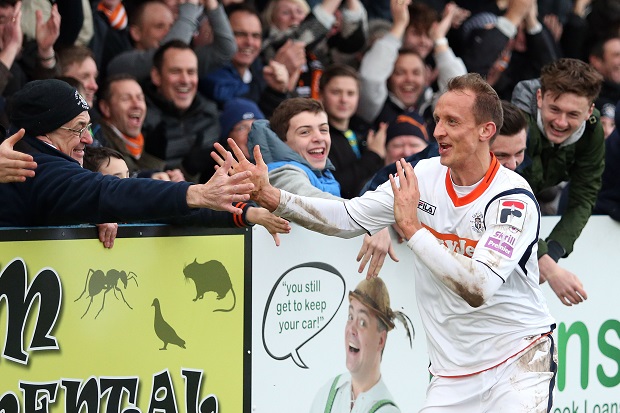 LUTON TOWN finally ended their five-year exile from the Football League by storming to the Conference Premier title last season – and are a decent bet to go up again.

The Hatters seem to be back on the right track after the disastrous run of relegations between 2007 and 2009 alongside tough financial difficulties.

They are just 8/1 to win back-to-back league titles with William Hill Betting but for those who like a slightly safer bet, you could take 13/8 for John Still’s men to earn promotion.

Cambridge United, who followed Luton up through the play-offs, are a decent 6/1 to go up again or if you really fancy Richard Money’s men, you can get them at 25/1 to win League Two.

Both sides who were promoted back into the Elite 92 last year did well in their debut League Two seasons. Mansfield Town finished 11th while play-off winners Newport County finished three places behind, showing that the gap between the top of Non-League and League Two is growing ever closer.

It could be argued that Luton have a stronger squad than those two sides so expectations will be high once again at Kenilworth Road – which is bound to be rocking next season.

In Still they have a superb, experienced manager who knows how to get the best out of his players and build winning teams. Don’t be surprised if he doesn’t go and do it again next season.