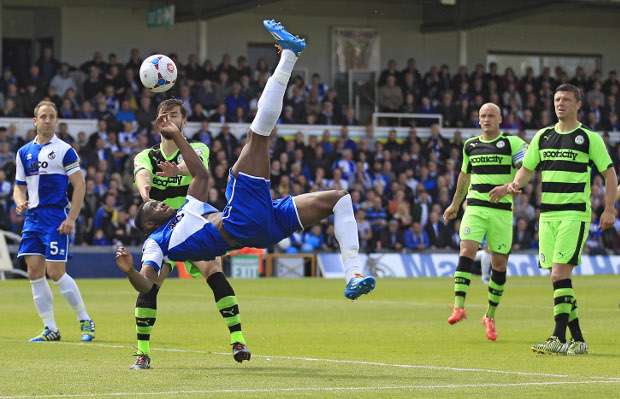 LINCOLN CITY have bolstered their attacking options with the addition of Nathan Blissett on loan from League Two club Bristol Rovers.

Blissett joins the Imps ahead of the loan deadline and will compliment the club’s other forwards Matt Rhead and Liam Hearn.

The 25-year-old made his name at Conference level with Kidderminster Harriers after signing from Romulus in 2012.

Blissett joined Rovers last season for around £40,000 with Harriers in financial trouble and having to sell off their prized assets. He helped the club to play-off glory at Wembley, beating Grimsby on penalties.

He spent a brief spell on loan in the National League at the start of this season with Tranmere and is now back in Non-League with Lincoln until January 4.

Contrary to what is widely reported, Nathan’s uncle is not former Watford and England forward Luther. The ex-AC Milan ace is the cousin of Nathan’s father Simon.