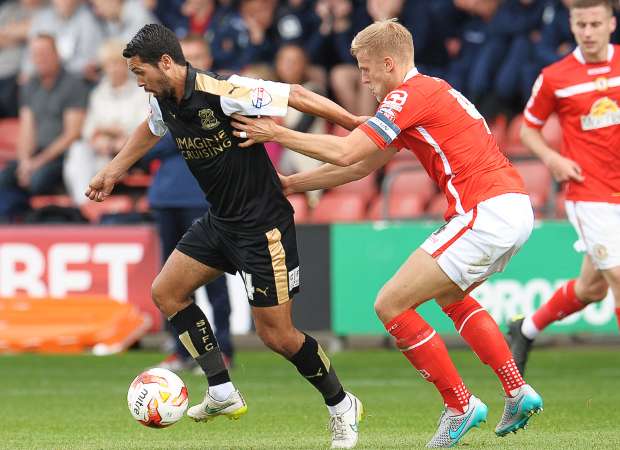 The 27-year-old Frenchman, brother of former Newcastle United favourite Laurent Robert, is no stranger to Cooper having played under him at Swindon Town last season.

After coming through the ranks at French club FC Lorient, Robert made 42 first team appearances for the club in the top fight of French football.

Following a loan spell at US Boulogne, Robert also had a brief spell at Doncaster Rovers in 2012, making 13 appearances in the Championship before returning to Lorient.

The ex-French U20 international had another crack at English football last summer, signing a deal with League One side Swindon Town, scoring four and assisting six times in 34 appearances.

He was released by Town in May and, after failing to win a deal with Coventry City, has dropped into Non-League to join former boss Cooper at The New Lawn.

“Fabien brings real quality in the attacking area, he can create goals with a decisive pass or go past people, beat a man on the edge of the box and bend it in the top corner,” Cooper told Rovers’ website.

“He strengthens what we’ve already got in midfield and creates real competition for places; and he gives me the opportunity to keep things fresh at all times.

“We’ve said from day one that if any decent player becomes available we will take a look. And as soon as we knew Fabien was available at end of last season we made it clear we were interested.”