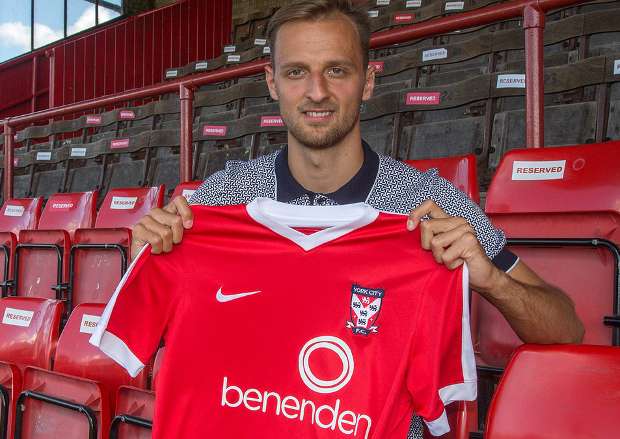 MIDFIELDER Franklyn Clarke has returned to Dorchester Town after his stay at National League side York City was cut short.

The 23-year-old signed a one-year deal with the Minstermen in the summer after impressing during a two-week trial but he made just two first team appearances.

Signed by former boss Jackie McNamara, Clarke was told by new manager Gary Mills that he didn’t feature in the club’s plans.

Clarke has subsequently left the club and has returned south to link up with Dorchester, who are currently 19th in the Evo-Stik League Southern Premier.

He told the Dorset Echo: “I want to get back to playing. I was treated well there last season while I was there, and enjoyed my football.

“I am happy to come back and I know I will be a big part of things there, which I have missed really.  I had a few offers but I enjoyed my time at Dorchester last season, they were the pick of the bunch.”

On his brief York spell, he added: “It was an opportunity that I could not turn down. Obviously to play professional football I would not change but things did not go quite to plan.

“York are a great club and they treated me really well during my time there. It was a great experience and I would not change it.”