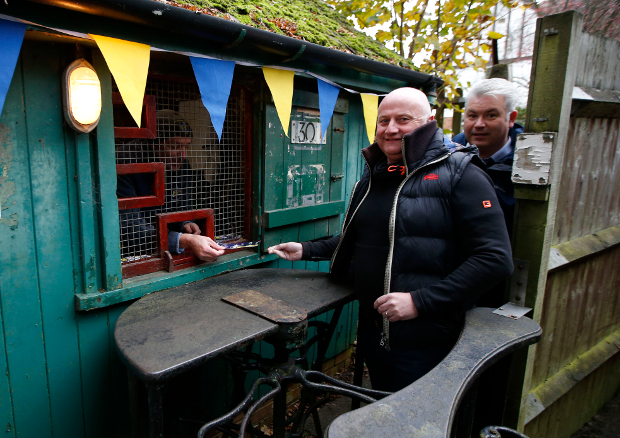 CLUBS are getting twitchy, and not just because we’re hurtling towards the business end of the season.

The Football Association are dusting down their clipboards and in little over a month their pencils will be freshly sharpened ready for some good old-fashioned box ticking. It’s almost ground grading time and the suits, they are a’comin.

Roll out the red carpet? No amount of tea and biscuits on arrival is going to save you if your to-do list isn’t complete.

It’s a place where if your square footage isn’t quite right, or you haven’t got that third turnstile that you will need to use just in case you get a big cup draw one day, then your world can blow up in front of you.

This time of year always frustrates me. We’re forever told if clubs throw money around on players then there’s a black mark against their names as they play Russian Roulette with their futures.

But the FA demanding they write a cheque to attach 100 more seats to a stand which at best has been a third full in the past seven months? That, they say, is pure necessity.

Some clubs are having to make big decisions. North Ferriby United have done well to keep themselves within sight of safety in their first season in Non-League’s top division.

But even if they pull off a great escape, it could be for nothing. Ferriby need to do a lot of work on Grange Lane to secure a second season in the league, if they do stay up on merit.

Now the club, who average just 574 people through their gates each week, must roll the dice. Do they get the work done by March 31, paying out well over £60,000, and hope the team survive?

Problem is, the ground must be up to scratch before they know what’s happening. Do they run the risk, get things sorted and hope for the best?

What kind of a message does it send out to their excellent manager Steve Housham and his young squad if they say it’s not worth the money on the off chance they avoid relegation.

If Ferriby do go down, they won’t return for quite a while. That work would have been a total waste of money.

Poole Town fans don’t know if they are going to be watching their team in the National League, National League South or the Southern Premier next season.

Some will argue that if they are happy to spend money on players then they should on their ground too, but it’s important to remember not every club can boast a supportive council.

Then there’s other issues. In the Combined Counties League, Hartley Wintney are running away with it. They did the same last year, but couldn’t go up because their ground wasn’t up to the sky-high levels of the Southern League South & West…. despite hosting Hereford’s many hundreds in a vital FA Vase tie.

Guess what? They are walking the league again. And you guessed it, there is no guarantee that their ground will pass the inspection this time either.

It ruins things for everyone. The players who have earned two promotions, the coaches who work hard to get them up and want to progress themselves, and also the other clubs in the CCL who know they’ll probably storm the league next year again.

You can’t tell me that there are many genuine safety issues involving the clubs under the microscope. This is Non-League football, so let’s stop overblowing the situation. The FA need to relax their ground grading standards and re-write their list of demands.