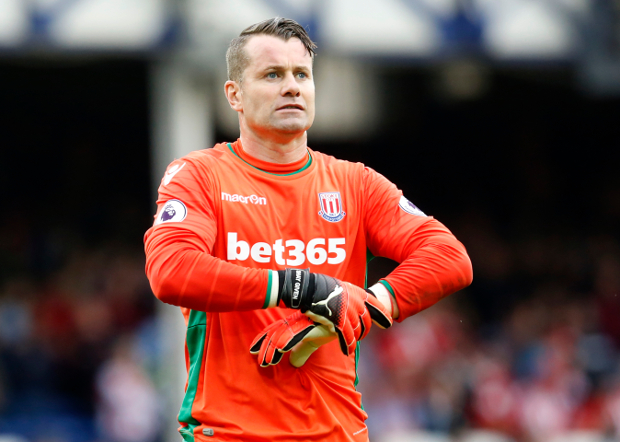 JOHN ASKEY says the Macclesfield Town training ground is a better place for having former Premier League trio Shay Given, Wes Brown and Alex Bruce around.

The vastly-experienced trio, who boast just under 1,500 professional appearances and 161 international appearances between them, have been training with the Silkmen as they search for new clubs.

Given, 41, and Bruce, 32, both made appearances in the top-flight last season before being released by Stoke City and Hull City, while former Manchester United ace Brown, 37, spent last season at Blackburn Rovers.

All three are taking their coaching badges and have been taking part in training sessions run by Given’s former Newcastle United team-mate Steve Watson, who is Askey’s assistant at Moss Rose.

Askey is not expected to play any of the experienced trio in any of Macclesfield’s pre-season matches, but the boss says the fact that players of such high-calibre are training with his first-team squad shows the club in a good light.

“They have been training with us and they are great to have around,” Askey confirmed on the club’s website. “It says a lot about the football club that they came into training one day, and then came in the next and the next.

“That shows that they are enjoying what we do and that we are doing it the right way.”

Watson, the former Everton, Aston Villa and West Brom defender, added: “It’s great for the lads to have them here.

“Wes and Alex are doing their coaching badges so helped run a session yesterday, while Shay has been taking the goalkeepers.”