GOALKEEPER Chris Lewington says he can’t wait to be a part of the Cray Valley PM ‘Project’.

And despite dropping two levels to take up his new role, the 32-year-old believes he has joined a club on the up.

“I’m really excited to sign and be part of the squad for next season,” Lewington said.

“It sounds like a fantastic project that’s going on at the club. Obviously the aim is to get promoted and be challenging right at the top of the league, which will be fantastic. I hope we can do something special.”

Lewington started at Charlton Athletic and turned out for various clubs before joining Maidstone in February 2019, initially as goalkeeping coach. 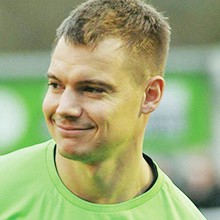