JONATHAN GREENING is testament to the old adage ‘if at first you don’t succeed, try, try and try again’ after the former Manchester United and West Brom midfielder finally landed the manager’s job at boyhood Scarborough Athletic.

The 42-year-old, who was part of United’s famous Champions League win in 1999 and finished his playing career in 2017 at Tadcaster Albion, has replaced Darren Kelly at the helm.

Kelly left to take up a “dream job at an EFL club” and Greening couldn’t be happier to have got the nod – after applying for the vacancy in the past. 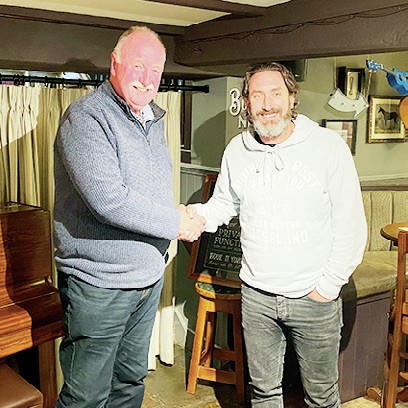 Greening said: “The fact that Scarborough is my home-town is 100 per cent the reason that I put in for the job.

“I have applied for it two or three times before and when Daz left I received a few calls asking if I’d sent my CV over.

“I thought, why don’t I give this one more crack and I was surprised to be offered the chance to meet up.

“It is a very nice fit for me. I was a fan and a ball boy at Scarborough FC, I used to walk down Seamer Road with my dad and my brothers, stopping off at the pub, drinking Coke and eating crisps.

“I have great memories of it and now I am looking forward to what the future holds.”