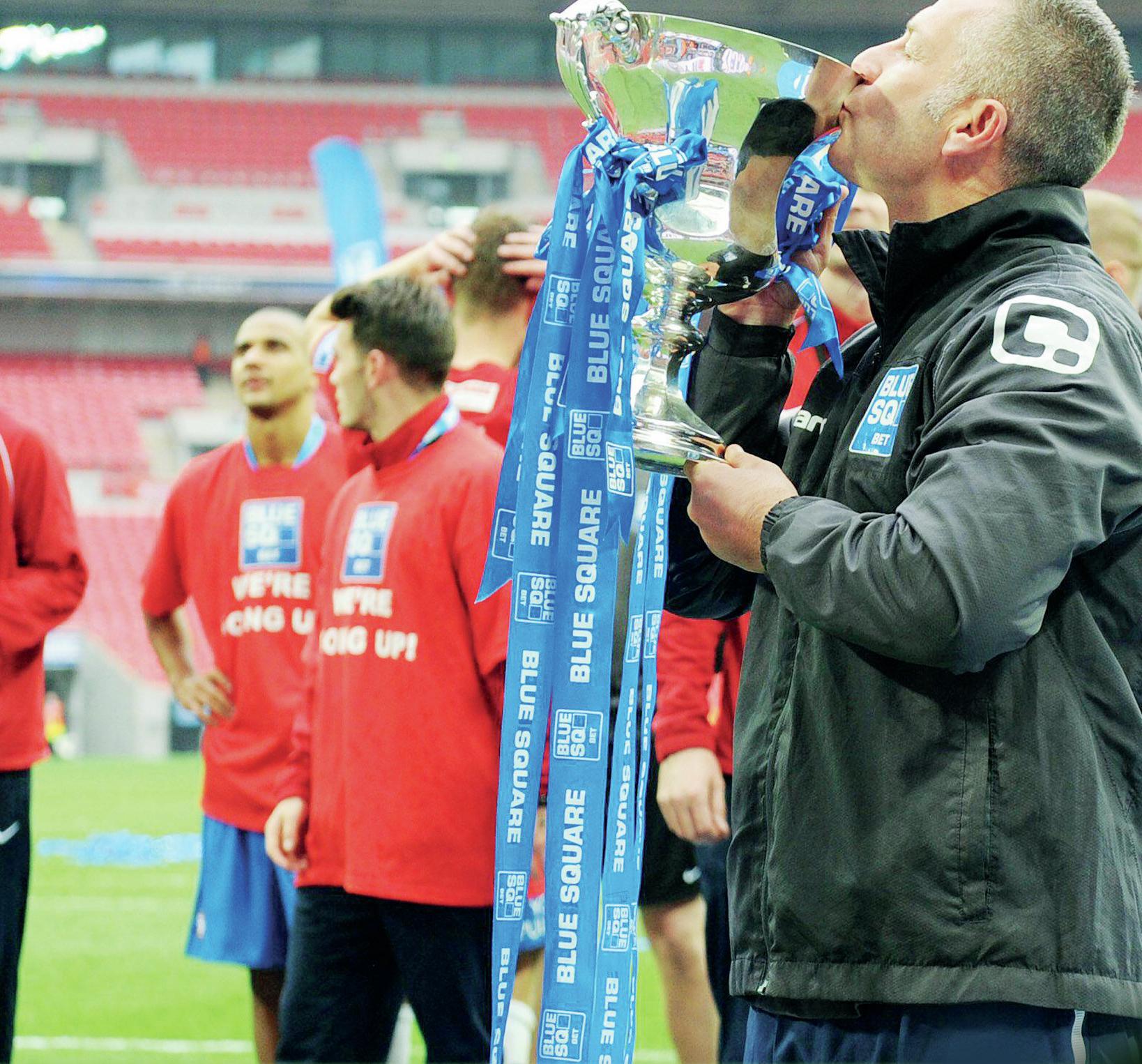 DOUBLE European Cup winner Gary Mills writes about his love for Non-League football in his autobiography ‘Young Millsy’ which is being launched this week.

Mills, 59, spent much of his illustrious playing career in the top flight of English football with Brian Clough’s Nottingham Forest but his managerial career has seen him discover a different side of the beautiful game.

He started out by gaining promotion at Grantham Town and went on to oversee some of Tamworth’s most successful years. He also steered Gateshead to the play-off final.

Indeed, aside from a brief spell in charge at Notts County, a coaching role at Coventry and being at the helm of most of York’s first season back in the EFL, all his 23-plus years in football management have been in Non-League.

Mills, who worked alongside NLP correspondent John Brindley to pen the autobiography, said: “I’m not going to say this was the way I envisaged my career going, but I’ve enjoyed so much about Non-League football, working alongside great people whose hearts and souls are in their clubs and having fun and banter with the supporters.

“The principles of competing and winning three points on a Saturday are much the same whether you’re playing at Liverpool or Arnold Town.

“I’ve loved the journey – and I’m still loving it and I hope that comes across in Young Millsy.”

The culture shock of moving on from starring in Forest’s famous triumph over Kevin Keegan’s Hamburg at the Bernabeu and playing at the 100,000-seater King Dome for Seattle Sounders to managing at Non-League grounds was highlighted in the very first game of Gary’s managerial career.

“I paced the pitch at Redditch where Grantham were playing and discovered the 18-yard box was only 15 – but we agreed to play the game,” he said. “Then, after we lost my second match in charge our opponents, Leicester United, went bust.”

But he soon found the unashamedly old school principles he learnt from his playing days – which also included five memorable years at Leicester, two spells at Notts County and a season on loan at Derby – produced impressive results.

“I’ve not tried to copy Brian Clough or any of the managers I played for but I would have been daft not to learn lessons from them,” Mills added. “I have always kept things simple, encouraged my players to enjoy their football and built a club spirit. I once asked Jon ‘The Beast’ Parkin what he normally did on a Friday before a game and he said ‘drink six pints’.

“Everything within reason but, like Mr Clough, my priority is that my players are in good shape come 3pm on Saturday.

“My methods have been questioned at times – particularly when I was in charge at Wrexham – but I’m as proud of the fact that the majority of people I have managed would gladly play for me again as I am of any of my medals.”

Going into Non-League also gave Gary the chance to continue playinag until he was beyond his 48th birthday.

“Nothing beats actually playing the game and I had a great time combining managing with playing at Grantham, King’s Lynn, Alfreton and Tamworth.”

For details of events, visit www.morganlawrence.co.uk. To arrange for a signed copy of Young Millsy, email jbrinders@yahoo.co.uk