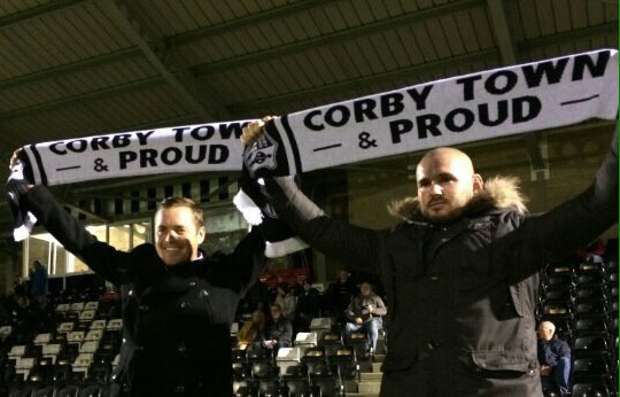 Mills, who will be joined at Steel Park by assistant David Bell, watched on as Corby beat Frickley Athletic 2-0 on Wednesday night, a result that lifted them off the bottom of the Evo-Stik NPL Premier.

He replaces Tommy Wright, who left the struggling Steelmen last week following a tough start to life back at Step 3.

Mills’ only managerial experience came in a short stint at Rugby Town, whom he joined in May 2015 before leaving four months later after just one win in seven league games.

He has spent the start of this season as player-assistant at King’s Lynn Town and the former Rushden and Diamonds, Crawley Town, Tamworth, Kettering Town, Stevenage, Forest Green, Lincoln City, Nuneaton and Boston United midfielder is relishing his return to the dugout.

Mills told the Northants Telegraph: “I am delighted, it’s a huge club, huge potential and it’s up to me and David to get it going in the right direction.

“It’s massive, it’s a great opportunity for me. I have done my time at King’s Lynn and at Wrexham with Kev Wilkin and learned a lot.

“I am ready to take the bull by the horns and give it a right good go. It’s up to me to drag this football club up the table and get as many wins as we can.

“That will come by working hard, sticking together, showing desire and showing the fans what they want to see.”