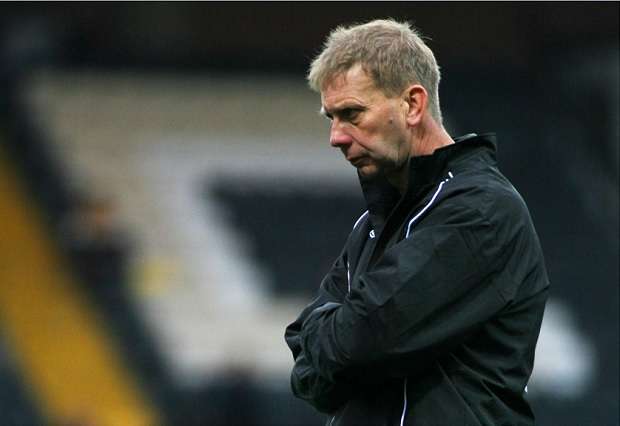 STEVE FALLON, Histon’s most successful manager ever, has returned to the club to replace Brian Page as first team manager.

Fallon spent 11 years in the Histon hot-seat from 1999 to 2010, taking the club from the Eastern Counties League to the verge of promotion into the Football League.

The Stutes finished third in the Conference in 2008-09 but lost out to Torquay United in the play-off semi-finals and Fallon was sacked a year later.

He moved on to Soham Town Rangers in 2012 and led them to their highest ever league finish but quit as boss of the Ryman North side two weeks ago.

He is now back at Histon, replacing Brian Page who quit earlier this week. Fallon’s first game back in charge will be Saturday’s Evo-Stik League Southern Premier trip to Hungerford Town.

A Histon statement said: “Steve Fallon has today been confirmed as the new first team manager at Histon FC.

“There can be no Stutes supporter unaware of the great history Fallon has with Histon FC as during his 11 year period at the helm from 1999-2010 he lead the club to numerous successes, culminating with taking Histon into the Football Conference National and to the very edge of promotion to the Football League in 2009.”