Posted on 13th May 2016 by Steven Coney in Southern Leagues, Step 5 and below with 0 Comments 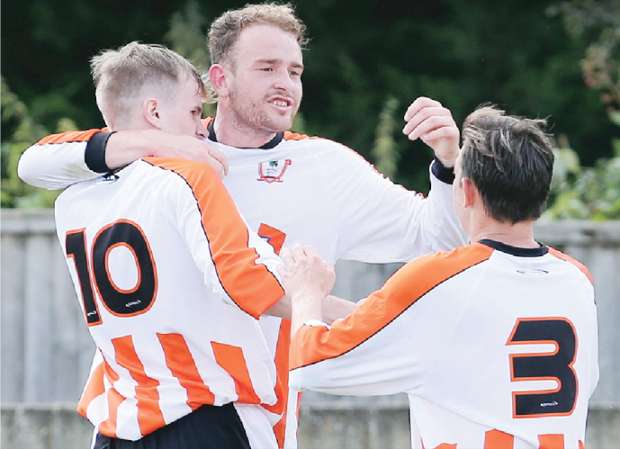 It means that the Middlesex club sealed second spot without playing – their players all glued to their smartphones, following the action on the timelines from The Row.

It was promotion via Twitter for inactive Ashford as the squad discovered the Krooners couldn’t overtake them.

The club have been in Step 5 for two years but Ben Murray’s men have stepped back up – and now 42-goal ­Bitmead is eying a return to Premier football.

Ashford will compete in the Southern Central after playing in both the Southern and Ryman Leagues in the past decade and their forward says that there is scope for another ­promotion before long.

He said: “It’s great to go up. That was our goal and we’ll take it however it comes.

“It was strange watching it all unfold on Twitter. The lads were keeping tabs on the Camberley game and it was a great feeling watching the result come in. Hartley did us a big favour!

“It is so difficult to get out of Step 5 with the promotion situation as it is but we have managed to do it and that’s all we can ask for.”

Bitmead says that it could just be the start as they head into the Southern Central after the FA’s league allocations were released on Thursday.

“The squad is strong and with ­another year together, things will only get better,” the former Kingstonian goal-getter said.

“The club was in the Ryman Premier not so long ago. We can get there again if we work hard and with there being play-offs in Step 4, we can compete.

“We didn’t have that luxury in the CCL. We’re already looking forward to the challenge.”