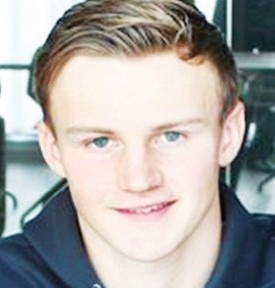 The 21-year-old has joined County on a onemonth deal from Championship side Watford.

Dalby has some experience of Non-League having been with Leyton Orient during their spell in the National League in 2018 before making a switch to Leeds United.

Rusk said: “I’m pleased to be able to welcome Sam to the club. His addition further compliments our attacking options in the squad, at a time where the games are coming thick and fast.” Meanwhile, Wealdstone have confirmed the departure of Kundai Benyu.

But after making 15 appearances this season, the English-born Zimbabwe international leaves the club by mutual consent.

Tonbridge Angels clinched the loan signing of AFC Wimbledon youngster Huseyin Biler – and then promptly sent him back to Plough Lane.

The 18-year-old rightback answered an SOS from Angels boss Steve McKimm after the National League South club reluctantly placed their first-team squad on furlough last week. But with the Step 2 season now null and void, Biler will no longer be required.

Sam Austin, 24, has signed a new deal to stay at Kidderminster Harriers until the summer of 2023.