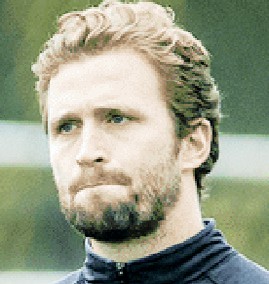 BASFORD United Under 18s coach Josh Law says his young guns have nothing to lose when Premier League West Bromwich Albion roll into town on Wednesday.

After a near eight-week delay, Law’s side finally get their date with destiny in their highly-anticipated FA Youth Cup third round tie (ko 7pm).

United – the lowest ranked side and one of only three Non-League teams remaining in the competition, alongside Sutton United and AFC Fylde – were originally scheduled to welcome top-flight Albion to Nottingham back in January but was prevented by a last-minute suspension by the FA as the UK prepared for a third national lockdown.

However, the tie has finally been given the green light – albeit behind-closed-doors – and Law says his Midland Junior Premier League side are champing at the bit for the huge challenge ahead, with Cardiff City awaiting the victors.

“We’re extremely excited for the occasion but we know it’s going to be a huge challenge,” he said.

“We’ve watched West Brom’s last four or five games, including games against Crystal Palace, Tottenham and Arsenal, and they’re a top side – full of pace, power and technical ability.

“Our approach will never change, however. We will stick to our principles and styles when in possession and look to stay resilient, strong and well organised defensively without the ball – we have been excellent all year in those regards.

“We will look at our strengths and it will take a top performance manto-man to beat a very good West Brom side.”