Tom Killick – No Time for Wallowing!

Posted on 17th January 2019 by admin in Features, Southern Leagues with 0 Comments 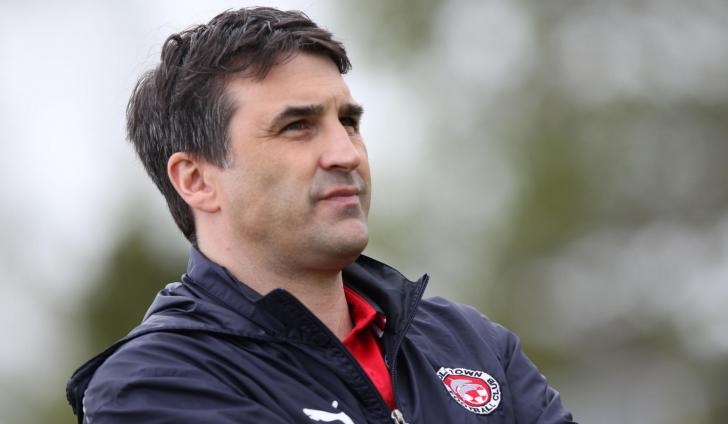 TOM KILLICK says Poole Town must rid themselves of self-pity following last season’s relegation and give everything to sneak into the Southern League Premier South play-offs.

The Dolphins slipped out of the National League South by a solitary point just a year after finishing fifth in their debut campaign at Step 2.

Hopes were high for a quick-return but they’ve stuttered so far and find themselves off the play-off chasing pace, albeit with games in hand.

Long-serving boss Killick – who took charge of his 800th Poole game in last week’s defeat to Dorchester Town – believes they’ve got to draw a line under their disappointment.

“We sweat blood and tears to get out of the league and it will always be the biggest regret of my managerial career, the relegation last season,” Killick told The NLP.

“Perhaps that’s part of the problem that we’ve felt a bit sorry for ourselves and haven’t embraced the situation we’re in enough. We have got to stop looking back and start looking forward and try to get ourselves going.”

Killick has led the Dorset club to years of sustained success and up from Step 5 to Step 2.

And he feels a number of factors have contributed to their sticky return to Step 3.

“I don’t want to harp on but the effect a relegation season can have on confidence and belief is not to be underestimated,” he said. “The length of time it can take to be put properly behind players I perhaps underestimated.

“Perhaps following on from a relegation season I should have had less confidence in the players as a group and I should have made more significant changes.

“Then, it’s only a small part of it, but we have been quite unfortunate in terms of injuries and availability which has impacted us.

“Everyone knows the margins are fine between success and failure but there have been a few games where things have been in the balance and we’ve ended up on the wrong side of it.

“So it’s a combination of factors but, whatever way you look at it, I would have expected us to be doing better than we are.

“Things can change quite quickly and if we can put together a good run of results over the next month then even though there is a big gap it’s one capable of being bridged. But it is an uphill task.”

With their current situation Killick wasn’t popping the champagne over his latest landmark but he still has the drive after 800 games in the dug-out.

“I’ve always been someone who’s motivated almost by my failures rather than my successes,” he said. “The relegation gave me a real determination to try and bounce back from it. That so far hasn’t happened.

“But the difficulties we’re having now and the criticism we’re getting, fuels my desire to prove people wrong and try to turn things around.”