Posted on 21st September 2017 by admin in Featured, Latest News, Step 5 and below with 0 Comments 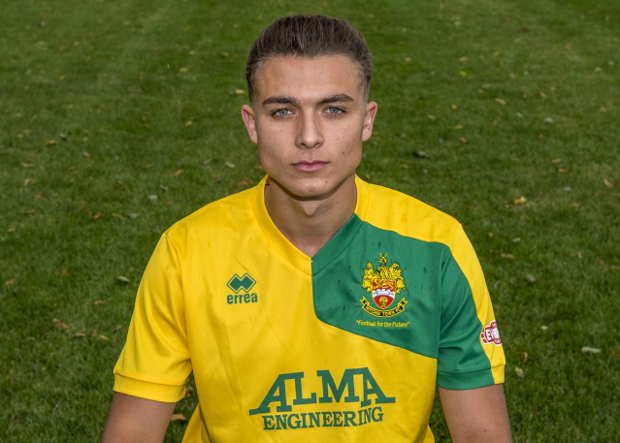 Baldock Town say a young footballer who sent a shocking tweet to Bournemouth’s Harry Arter about the death of his baby daughter is deserving of a “second chance”.

Alfie Barker recently returned from a seven-month ban given to him by The FA after he admitted a charge of posting comments which were abusive and/or insulting and/or improper and/or brought the game into disrepute.

Barker sent the tweet during the Cherries’ 3-3 draw with Arsenal in January, and was sacked by his club at the time, Hitchin Town, as well as the carpentry company he worked for.

After his ban expired on 1 August, the teenager made his return to football with Codicote FC, but has now been handed a deal by Baldock Town, who said on their website: “We hope that our decision to support Alfie will be welcomed by all our supporters, old and new.”

The South Midlands League Division One continued: “Within our club, we welcome people from all backgrounds, cultures and embrace their disabilities or any mental health problems that they have.

“We believe that people should be allowed a second chance and have always been willing to listen to people when they have had problems.

“After a lot of discussions within the club and after speaking with Alfie, it is our belief that he could benefit from being at our club.

“Although we do not in any way condone his previous actions, we do know that it has come to light he has mild learning disabilities and autism.

“In this respect, we think that, under the guidance of our club, we can help him become a better person, that he can learn to flourish and put the past behind him.”

Since the incident, Barker has expressed his regret at his actions, and admitted his family have received death threats.

“I regret it massively,” he said. “I’m saying sorry because I want to say sorry and I mean it, not because I’ve been caught out.”