THERE is so much talent in Non-League football with more and more players getting deserved moves into the Football League.

But who’s next? This week I’m picking out three players who have impressed me recently when I played against them in the National League South.

It wasn’t easy to select just three, but from what I’ve seen of them up close, I feel my choices are justified.

These players clearly have potential to go on. They’ve got time on their side and none of them have played in the Football League. Yet.

I was very impressed by Tom when I saw him last year when I was at Oxford City playing against Truro. That day he made some outstanding saves, and this season, again, he didn’t disappoint the travelling fans who made their way to Chelmsford from Cornwall.

Having dominated for much of the game, it was difficult to see where our goal was coming from with McHale making save after save throughout the first half. One that sticks in my mind was a stop he made from a Chris Dickson overhead kick at almost point blank range, turning it around the post just as we were all ready to celebrate.

His quick distribution was also evident, constantly putting us on the back foot with pinpoint accuracy. A lot of keepers try the ‘side winder’ technique, best described as a side volley, which he’s clearly mastered.  Last but not least, McHale was heard throughout the match barking orders at his defence which certainly helps organisation and builds a good understanding between him and the back line.

As an outfield player, it’s very difficult to judge a goalkeeper on what they can improve on. With Tom being only 22 years old I can only see him going from strength to strength as long as he remains humble and listens along the way. I got in touch with Tom to notify him that I had chosen him as one of the top three performers against Chelmsford this year, and he was very grateful. I don’t know him personally but it seems he has all the credentials to become a top keeper.

There’s no secret that having a reliable stopper can win you games – as we are finding out with Sam Beasant at Chelmsford. It doesn’t surprise me that Truro are sitting pretty in the league at this present time, as no game against them has ever been easy. They are always full of energy and, more often than not, a young side willing to work hard for a result. 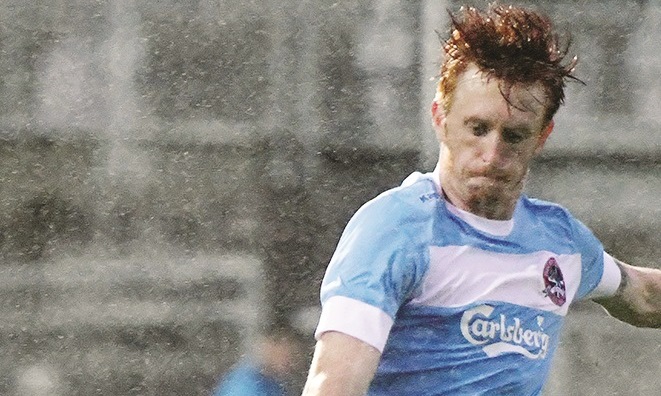 When I say it shocks me that this lad isn’t playing higher, I certainly mean it. The boy oozes class. I sarcastically joked that we had just played against Zidane when drawing with Weston a few weeks back.

From start to finish he caused us problems with his movement, vision, passing and dribbling. The only thing that helped us that day was that ‘Grubbsy’ didn’t have his shooting boots, creating chance after chance for himself and team-mates. They finally grabbed the late equaliser through his nifty foot work in the box before he cut the ball back to find his striker unmarked at the back post.

It’s difficult to say where his best positon is having seen him play wide left and right, in the hole and up top as an out and out striker. In my opinion his biggest strength seemed to be cutting in from the left-hand side onto his right foot. It causes a huge problem for the defender, not knowing whether to offer him to go on his left foot, a foot which is more than capable of delivering a problematic cross, or inside onto his right foot which may allow him to get the shot off.

The majority of wingers are deemed as lazy these days, but Grubb worked back too to help out his full back. It’s not very often you’ll find a winger who is willing to double up with his full back when defending.

As captain, it’s quite clear to see that he is the lynchpin of the side, and that their main aim is to get the ball to him at every opportunity. It seems as though he’s more than comfortable plying his trade at Weston but I hope that he gets to experience the Football League for what it is. A step that wouldn’t be too far. 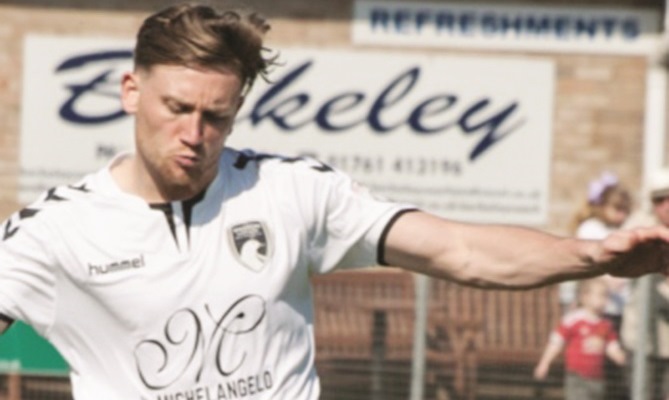 In some ways I’m reluctant to choose Percy if I’m brutally honest. But looking back at his performance against us, he deserves to be in this top three.

Composed on the ball, athletic and skilful, he seems to be a great find from Ian and Lee Allinson for the season. He was fearless in the way that he plays, treating it as though he was playing down the park with his mates. He took risks in areas of the pitch managers might not like, but on the night they came off. On another occasion things may be different.

St Albans were full of energy that Monday night, which didn’t bode well for us having played 48 hours previously. With a young boisterous side we couldn’t cope with their high press, which Kiangebeni was at the heart of. His pass completion on the night was also admirable, very rarely giving possession away.

However, with the central midfielder being so young, it was obvious he still needs to learn to take constructive criticism from fellow players. This will all come with age, there’s no doubt about it. I always remember being told to just put my hand up and nod my head, even if I didn’t agree with what was being said by the more experienced professional.

The reason why I almost didn’t pick Percy was that he wanted to do too much talking during the game, not just to me but to others too which I found disrespectful and bordering on childish. I always believe that successful people in the game will let the football do the talking, and most of the time it’s been proven to be correct. I’m judging this purely on one game, but as the old saying goes ‘you never get a second chance to make a first impression’. So that’s what I’m basing my analysis on.

If he could learn to channel his confidence then there’s no doubt he can go on to have a very good career. But at the same time, if you took away that confidence he could lose a very big part of his game.

Now that I’m approaching 30, he’s the type of young player I’d like to play with and help along the way. I’m in no doubt that his experienced fellow team-mates David Noble and Ben Herd have seen his talent and are doing exactly that with him. Overall, very impressed. 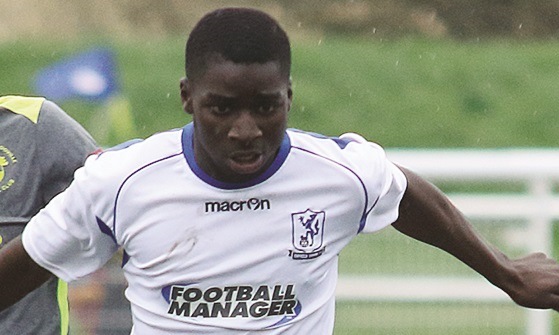 I wish all three players the very best for the season!

*This article originally featured in The @NonLeaguePaper, which is available every Sunday. You can follow Scott @hovis1988.