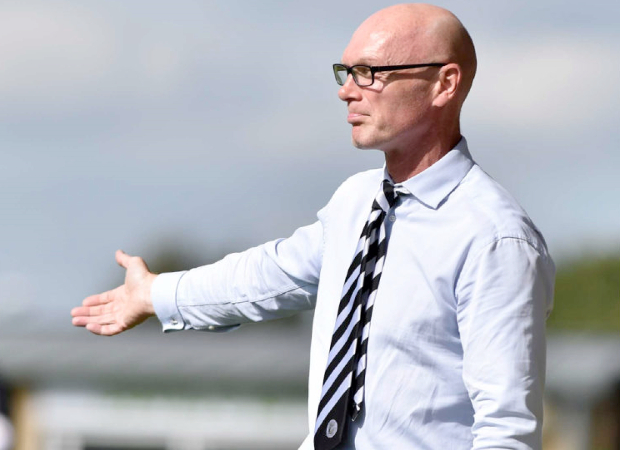 National League side Gateshead have confirmed that manager Neil Aspin will not take charge of the side in tonight’s match against AFC Fylde, as speculation surrounding his future continues.

The 52-year-old boss, who spent four years in charge of Harrogate Town and six at Halifax Town, joined The Heed in 2015 but has recently been linked with the vacant managerial role at Port Vale.

Aspin spent 10 years of his playing career with the Valiants, making over 400 appearances for the club, and is thought to be interested in taking the job with the struggling League Two side.

However, it will also be hard for Aspin boss to turn his back on his home-town club, with whom he has won 37 of his 93 games in charge, so Gateshead have placed assistant boss Lee Nogan in charge while the manager’s future is sorted.

A brief statement on the club’s website said: “In light of the ongoing speculation surrounding Neil Aspin’s future, we can confirm that discussions regarding his future at the club are ongoing.

“As a result, assistant manager Lee Nogan will take charge of the side at AFC Fylde this evening.

“A further statement will be made in due course.”