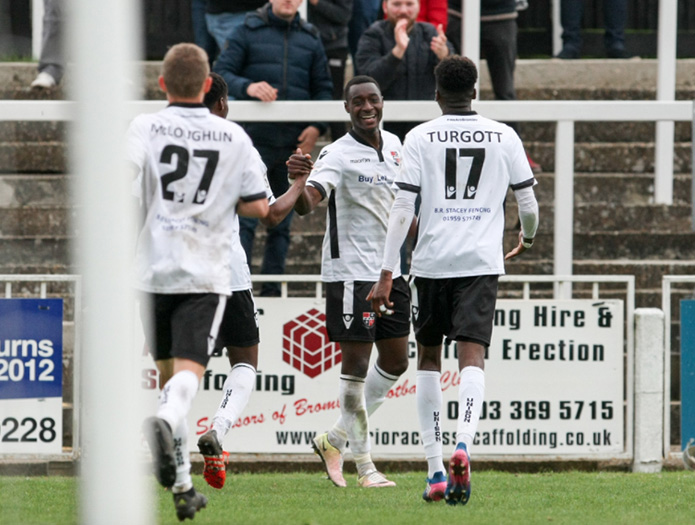 New Margate manager Jay Saunders has continued to build his side with the singing of striker Tobi Sho-Silva on a loan deal from National League strugglers Dover Athletic.

The 23-year-old began his career with Charlton Athletic, where he enjoyed loan spells with the likes of Welling United and Inverness CT in the Scottish Premier League.

After leaving the Addicks in 2016, Sho-Silva spent a season with Bromley before moving to Dover the following summer.

Prior to joining Margate, the forward had a brief spell on loan with National League South side Chemlsford City at the back end of last year.

Since Saunders moved into the hot seat at Hartsdown Park at the start of the month, he has guided The Gate to two wins and a draw to pull them away from the drop zone.