Posted on 22nd February 2019 by admin in Bostik Premier, Latest News with 0 Comments 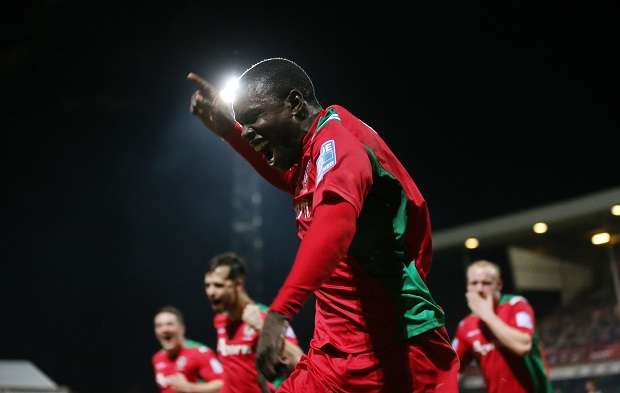 Born in Kano State in Nigeria, Ismail joined Barnet at the age of eleven, turned professional at sixteen and made his first team debut at seventeen. He went on to make nearly 400 appearances for the Bees before joining AFC Wimbledon in 2010. In his one season with the Dons, he helped the team into the Football League, and scored one of the penalties in the decisive shoot-out in the play-off final against Newport County.

After his release from Wimbledon that summer, the defender joinet Newport County and with the Welsh club he reached the FA Trophy Final in 2012 and won another Conference play-off final in 2013, defeating Wrexham.

In the summer of 2015, Ismail moved to Woking – after an injury hit first season, he was the Cards’ club captain in the 2016-17 campaign, after which he moved to Hemel Hempstead Town, helping the Tudors into the play-offs last season.