We’re going to see two top teams battle it out on Saturday afternoon as one of AFC Fylde and Salford City will win promotion to the EFL for the very first time.

Both teams took a share of the spoils during the regular season: Salford won 2-0 away at Mill Farm earlier in the campaign with Thomas Walker and Adam Rooney on the scoresheet, before the Coasters returned the favour last month, an Alex Reid goal effectively ending the Ammies’ dwindling title charge at Moor Lane.

It’s going to be an intriguing game with plenty on offer for the neutral, and LVBET, the new official betting partner of the National League, have some tasty-looking odds for you to get your teeth into. 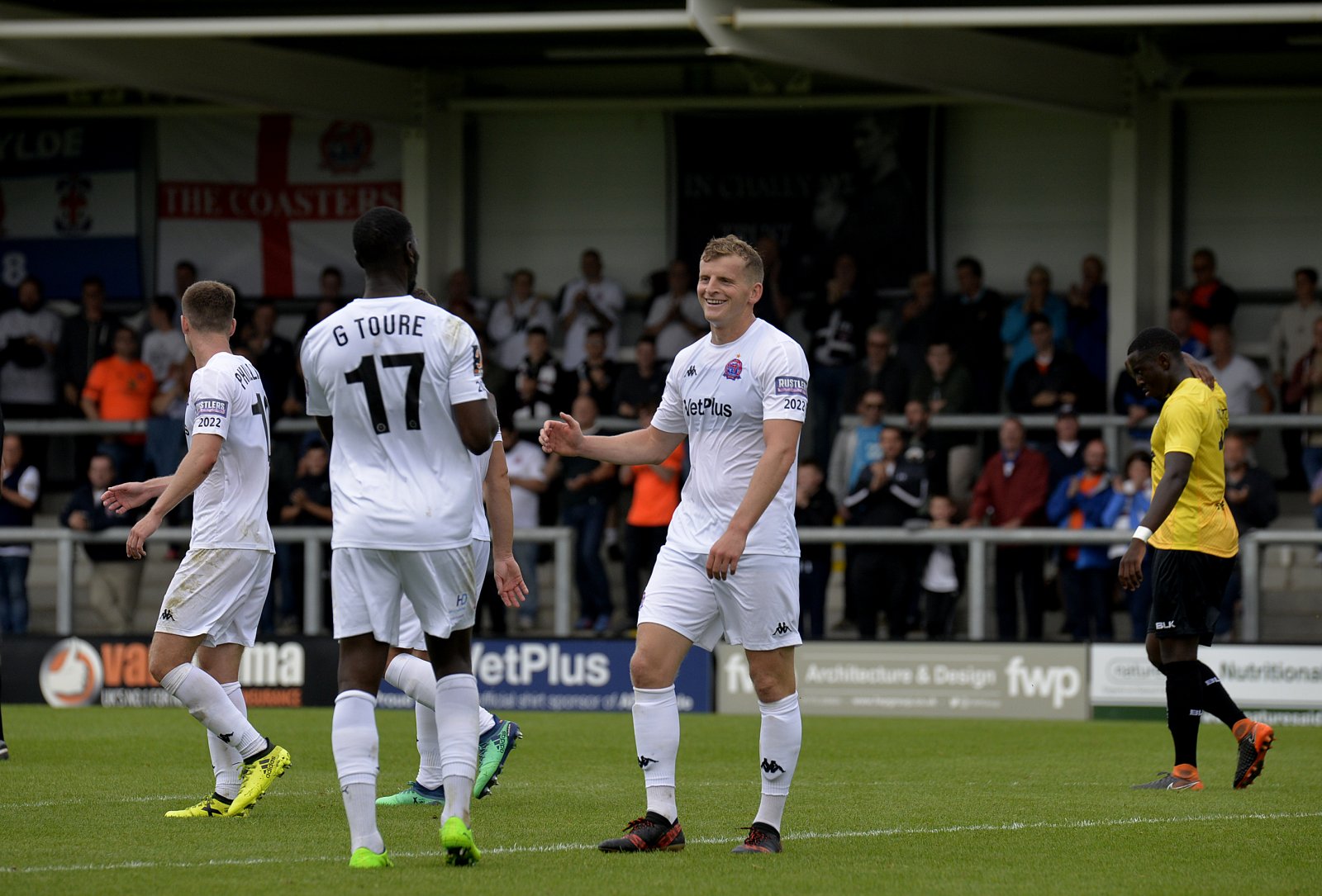 Hitman: Danny Rowe is 4/1 to open the scoring in Saturday’s play-off final

If you fancy Dave Challinor’s boys to win in 90 minutes then you’re looking at odds of 9/5 – £20 on AFC Fylde would net you a return of £56. The extra value can be found on Fylde winning with both teams scoring at odds of 7/2.

LVBET have plenty of goalscorer prices and here are the key ones to have on your radar: Salford’s 21-goal Adam Rooney is 7/2 to be first goalscorer followed by National League top-scorer Danny Rowe at 4/1 – great value for two of the best strikers in the league.

Alex Reid’s goal made the difference when the two teams clashed in April so he may be worth a punt at 7/1 to score first. Thomas Walker also has previous in this fixture – he’s 12/1 to score first.

It’s set to be a cracking game, and with over 200 pre-match markets to choose from make LVBET the place for all your betting on the match.