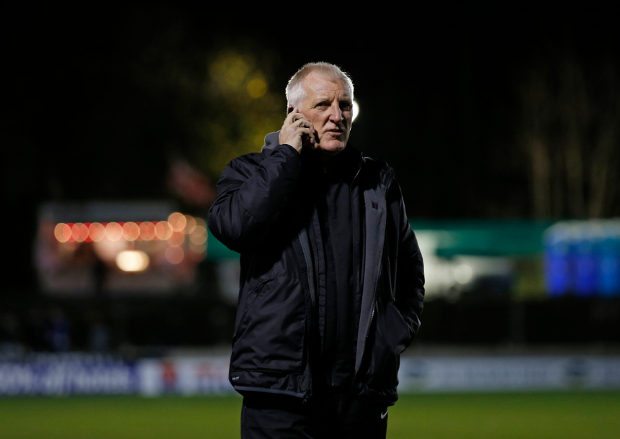 As FC Halifax Town face the prospect of appointing a new manager just a matter of weeks before the season starts, one man has already thrown his hat into the ring.

According to reports in the Halifax Courier, former Rotherham, Oldham and Tranmere boss Ronnie Moore has announced his intention to apply for the vacant position at The Shay.

The 66-year-old, who most recently took charge of Eastleigh back in 2016, is a man with real experience at managing in the lower divisions.

When asked about whether or not he would apply, Moore told the Halifax Courier, “Without doubt. Being a former Football League team, it’d be nice to get them back there.

“I was Eastleigh in the National League and did a good job down there. I know non-league quite well.”

This news comes just 24 hours on from when FC Halifax parted company with manager Jamie Fullarton after the former Notts County boss had spent seventeen months in the job.

Last season he guided the Shaymen to a 15th place finish in the National League.

Halifax were hit with more problems today when their pitch was deemed unfit for purpose, which has resulted in their friendly this evening against Doncater being moved to the League One side’s training ground.

“The club was notified by Calderdale Council that the pitch is not fit to be played on,” a statement read. “Subsequently a soil specialist has been called in to mitigate any potential serious problems with the grass and work with the Council to provide a longer-term solution.

“We’re obviously upset for our supporters and whilst this is far from ideal, unfortunately we have no other option. The priority must be for the team to play the game as part of their pre-season preparation.”