Board backs John Sheridan at Chesterfield 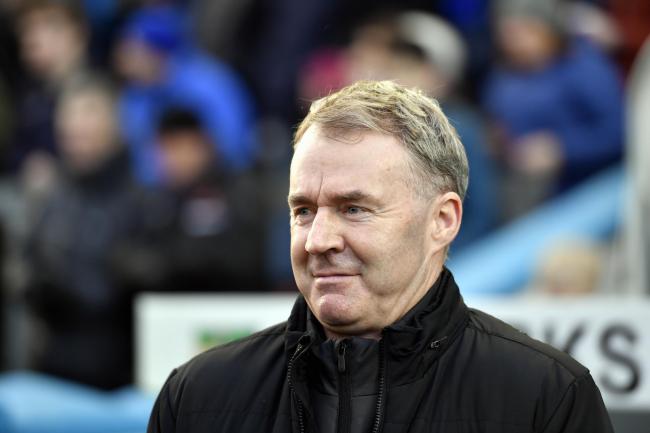 Former Notts County boss John Sheridan has the backing of the Chesterfield board despite his side propping up the National League table.

Sheridan, pictured, was given a full vote of confidence by the club’s board of directors in a statement released on Monday, as well as the green light to strengthen the squad following Saturday’s 2-1 defeat at Bromley,

Appointed by the Spireites on a three year deal as the successor to Martin Allen in January 2019, the ex-Sheffield Wednesday star was already coming under pressure from fans before his side failed to win for the tenth time this season.

The club’s statement read: “It is acknowledged that the position we currently find ourselves in is extremely concerning following a very disappointing start to the season. We have one of the highest budgets in the National League and have a manager with a proven record over many years who has the full support of the board and the owner.

“Owner Dave Allen is in regular contact with John Sheridan and will continue to provide the necessary funds if further additions to the squad are identified. The supporters remain a credit to the club and to the town, providing loyal support both home and away. We urge supporters to continue supporting the team in the knowledge that everything is being done to improve the situation.”

Sheridan is in his second spell as manager of the Spireites. During a three year stint which ended in 2012, Chesterfield won the League Two title in 2011 and tasted success at Wembley the following season by lifting the Johnstone’s Paint Trophy.

The former Republic of Ireland international has since managed several clubs including Plymouth Argyle, Newport County and Oldham Athletic. Sheridan will hope to put one over Notts County when the Spireites host his former employers at the Proact Stadium at the end of October.