Pictured at his unveiling at Haig Avenue today, the forward kicked off his career in the youth set-up at Everton. He joins the Port subject to international clearance and could make his home debut on Saturday against bottom-of-the-table Blyth Spartans.

A local lad born in Formby and the son of former Blackburn Rovers striker Mike Newell, the 22-year-old has also enjoyed spells with AFC Fylde and Albion Rovers.

Sandgrounders manager Liam Watson hailed Newell’s arrival in a club statement on Tuesday. “George is a hard-working striker with an eye for goal,” said Watson. “He’s got a lot of ability and is at a really good age, so he’s an exciting signing for us.

“George will bring a lot to the team and it’s even better that he is a local lad. I’m very pleased to have him on board and he’ll complement what we already have in the squad.”

Watson’s latest recruit was at Everton from the age of 12, moving through the ranks before spending two years at Bolton where he progressed from the U21 side to the first-team squad.

He spent the first half of season 2016/17 on loan at AFC Fylde before moving to Motherwell at the start of the following campaign. During his two years north of the border he thrived before playing a key role in Albion’s good form at the end of last season. 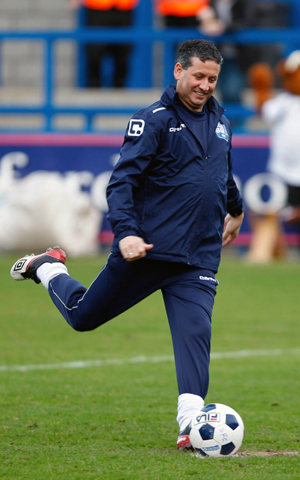 Watson returned to the helm at Southport for a third time in May 2018. The 48-year-old is the club’s most successful manager having guided the Sandgrounders to the National League North title in both 2004/5 and 2009/10.