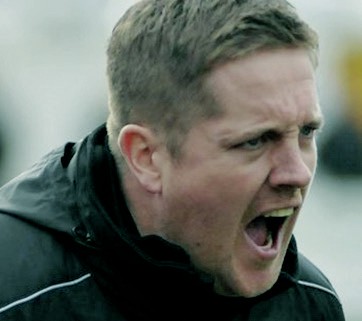 THE FORTUNES of football can change in a flash – just ask Pontefract Collieries boss Craig Rouse!

The West Yorkshire club lost six of their first eight Northern Premier League East fixtures and were dumped out of the FA Trophy in the opening round.

Rouse was just six weeks into being a manager but now they’re looking up after thumping Handsworth 6-0 last weekend to reach the FA Cup fourth round qualifying for the first time in history.

It followed a victory in their last league game over Bridlington Town with Monday’s draw further improving the mood at Beechnut Lane where National League high-fliers FC Halifax Town will visit.

“I was sat listening to the draw with the chairman (Trevor Waddington),” Rouse, who attended Halifax’s midweek win over Notts County, told The NLP. “We weren’t sure who we wanted, we were just hoping for a good draw for the club and to get a West Yorkshire derby at home is really good.

“Probably for the first time in many years we’re hoping it’s a sell-out because that’s what the lads deserve.

“I really felt the Handsworth result had been coming. Over the last few weeks we’ve turned a bit of a corner, stayed patient and results are starting to come with that.”

Rouse puts the Colls slow start down to an enforced two-week Covid break which hampered their pre-season preparations.

“It was a tough start but I knew the ability we have and always stuck by it and backed the players,” he said. “It’s been a little bit of a slog getting through that period. I thought once we were up to speed they would come good and create these moments.

“We’re in fairytale land at the moment to get Halifax but that for us just has to be the start, making sure we continue creating these big moments for the club.”

The pair played for Ponte before taking charge when they were in the Northern Counties East Division One.

Rouse continued playing as player-assistant manager as they won back-to-back titles into Step 4. Then they lost in the NPL East play-offs after finishing second in their first season before deciding to move to Worksop.

Rouse left in January to return ‘home’ as Ponte manager.

“When we took the job at Ponte originally we were asked to take the job on a temporary basis and ended up doing it for four years,” he said. “To create the moments then was special, Pontefract’s a club close to my heart. We moved away and I thought it was just the right time to test myself and take the reins.

We’re only at the start of that. It’s good create history and put our names to that.”