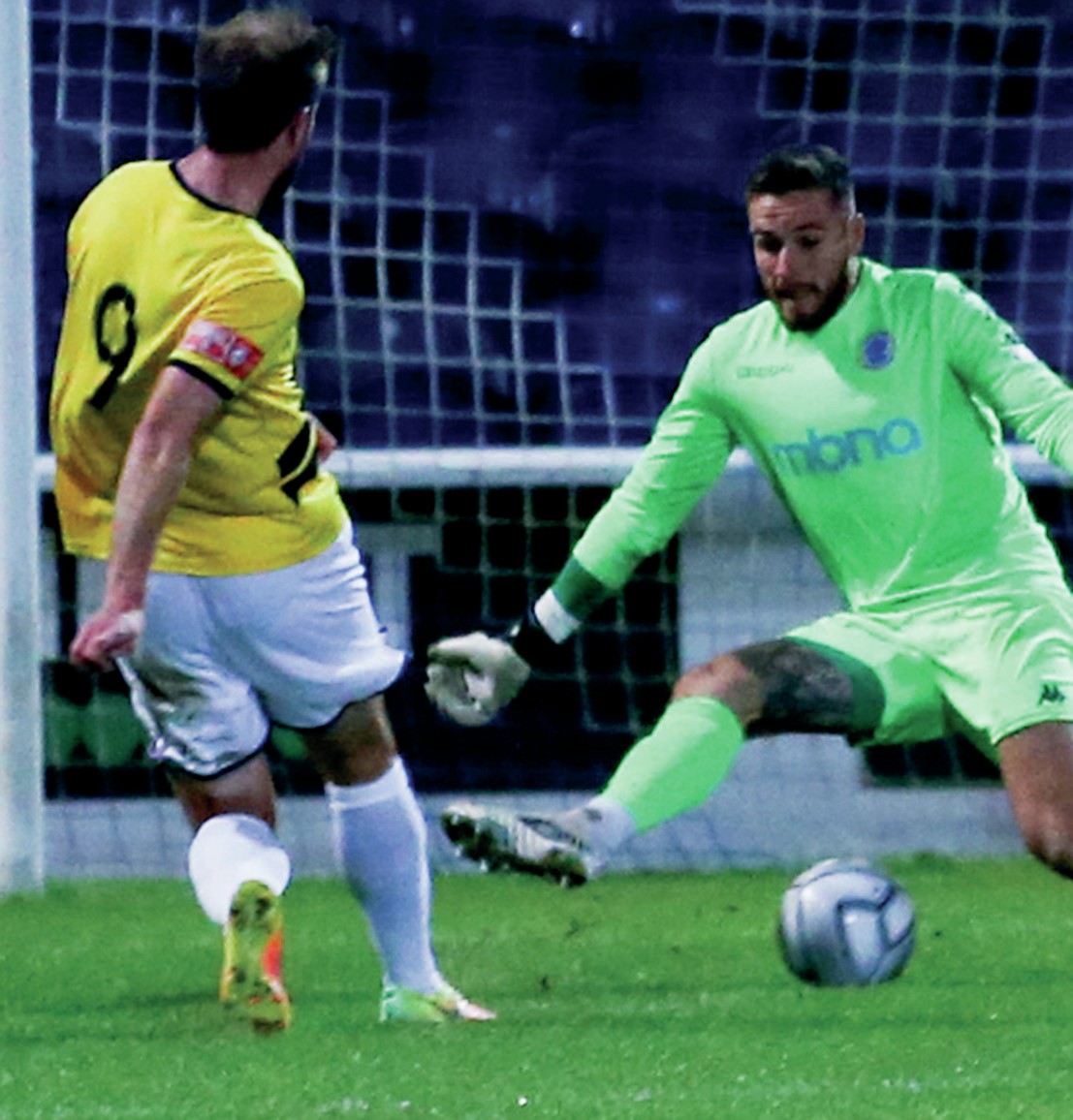 CRAIG Gott and his Marske United teammates are standing on the brink of history after making their way to the FA Cup fourth qualifying round.

After comfortable wins against Pickering Town and Seaham Red Star, the Seasiders have produced heroic displays to see off higher-ranked South Shields and National League North big guns Chester to move within 90 minutes of the first round proper.

In-form Gateshead stand in their way and Mike Williamson’s side will visit Mount Pleasant on Saturday looking to bring an end to Marske’s dreams of a potentially lucrative tie against a number of former FA Cup winners.

If the Northern Premier League East Division side were to pull off a major upset for the third consecutive round, they would reach the first round for the first time in their 65- year history.

The prospect of entering club folklore is acting as a motivating factor according to Seasiders midfielder Gott.

He told The NLP: “We were favourites in those early round ties against Pickering and Seaham and I don’t think either club would argue with that.

“Then you get drawn against South Shields and Chester and you know it’s going to be a tough test because they are two quality sides.

“But we are always pretty confident at home because the facilities and the pitch can put some teams off playing against us.

“The Chester tie was slightly different but the win in the replay was not a fluke. We thoroughly deserved to win down there.

“Now we want to make history, we all do, we are a village team close to the first round of the FA Cup, we want to bring a Sunderland or Sheffield Wednesday here.

“There’s 8,000 people in Marske, and to represent the place, to be a club at our level, and be so close to the first round, it’s just remarkable.”

Despite a potential tie against former Premier League clubs like Sheffield Wednesday, Sunderland or Portsmouth being just 90 minutes away, Gott insisted his side will not look beyond a sizeable task in seeing off Gateshead.

The Tynesiders have lost just one of their nine competitive fixtures in all competitions and are one of the sides tipped to challenge for promotion into the Na-tional League this season.

Gott admitted that the Heed will provide a significant challenge to Marske’s ambitions of reaching the first round for the first time – but is hoping to make life difficult for yet another National League North side next weekend.

“We can’t and won’t look beyond Gateshead because that would be a dangerous thing to do.

“They have a lot of talent in their squad and we know they have some fantastic players.

“Make no two ways about it, we aren’t thinking about the first round – we are just focusing on giving it our best shot.

“We have nothing to lose, they won’t be used to the surroundings, we want to make it tough for them to come to our place and if we can do that, who knows what could happen?”