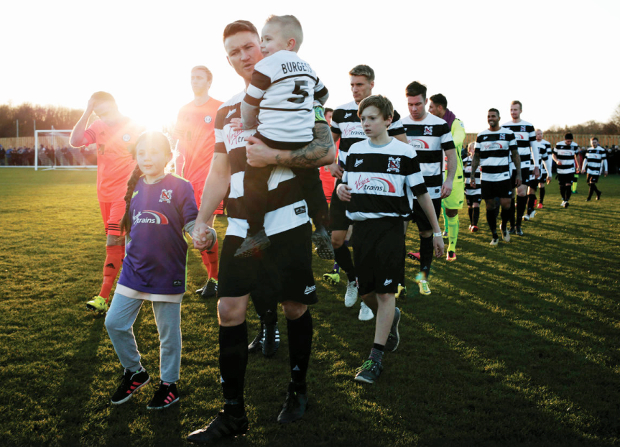 DARLINGTON have confirmed they will appeal after being told they will not be allowed to compete in the National League North play-offs.

Fears were raised earlier this week that the Quakers, currently fifth in the table, might not be allowed to play in the end of season showdown as their Blackwell Meadows home fell short of the minimum requirements.

Darlo moved into the ground, which they share with Darlington Rugby Club, at the end of last year after it was passed fit to host Step 2 football.

Only 250 covered seats are needed to play in the National League North and South. However, to be eligible for promotion or to compete in the play-offs, you must have a minimum of 500 covered seats by March 31.

Darlo say the grading rules were changed in May 2016 and that they were not picked up while Blackwell Meadows was being developed.

A club statement confirmed they would be taking the matter further while they “are as disappointed as everyone else that our success on the field is not reflected in our ability to move to a higher level at this time”.

“The board will be appealing against this decision and is liaising with Poole Town FC who are in a similar situation.

“The rules prior to May 2016 allowed temporary seating to be used for the play-offs as long as the club could show that it had obtained planning permission and had detailed plans to construct a permanent seated stand – which we of course do.

“This change in the requirement for permanent covered seating was only brought to the board’s attention in the past couple of months. By the time the board was fully aware of the requirement, it was not able to act because of the timescales involved and the lack of funds available.

“Understandably, our manager, Martin Gray, is very frustrated at this situation, as the incredible efforts of the players and coaching staff will not give us the chance of promotion this year unless the appeal is successful and we are allowed to participate in the play-offs.

“The board and the Supporters Group thank everyone who has helped to get our club to where it is and we hope that, in overcoming inevitable but hopefully occasional disappointments, we can continue on our journey to rebuild and re-establish our club where it belongs, back in the Football League.”