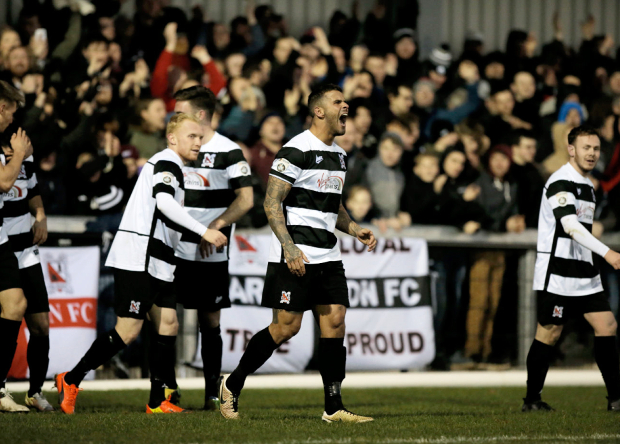 RAJ SINGH, the man in charge of Darlington when the club crumbled back in 2012, wants to return to the Quakers and has pledged a £40,000 investment.

Singh became chairman of the club in 2009 and oversaw years of decline, including relegation from the Football League in 2010, before he placed the Quakers into administration midway through the 2011-12 campaign.

The club had to effectively start again at Step 5 of the Non-League Pyramid but they have already worked their way back up to Step 2 and should have been in the National League North play-offs this season, but their Blackwell Meadows home didn’t meet the requirements needed for promotion.

To try and compete at the top end of the table again next term, the fan-owned club look to have welcomed the option of outside investment and Singh has outlined his desire to help the Quakers.

The Teesside businessman has already agreed to pump £40,000 into the club to help boost boss Martin Gray’s budget for next season, in return for a potential 15 per cent shareholding.

However, 75 per cent of Darlington’s shareholders will have to agree on the investment for it to go through with Darlo fans understandably wary about Singh being involved again.

Director John Tempest said: “It is inevitable that it will take time to fully understand the implications of bringing in private investment, and in particular to ensure that the fan-owned model is able to sit alongside private investment.

“We are now in a position to announce that Raj Singh is one of the individuals who is looking to help the club move forward with the potential for longer term investment.

“In the meantime however, it is crucial that we try and operate the business as usual and allow Martin Gray the best opportunity to shape his squad for the coming season.

“With this in mind, Raj Singh has offered to immediately invest a £40,000 contribution towards the 2017/18 playing budget.

“In order to facilitate this, Darlington FC will shortly be writing to all its shareholders to seek approval to allot shares in DFC to Raj Singh in return for his investment.

“In order to do this, DFC’s shareholders will have to formally approve a resolution with at least 75 per cent of those who vote being in favour of the proposal. Acquiring a shareholding of £40,000 is in accordance with the current Articles of Association, which limits the shareholding of an individual to 15 per cent of the total issued share capital.”

Singh added: “I saw the shortfall that Martin (Gray) was asked to take regarding the playing budget for next season and I was keen to help maintain the momentum he has built up over the last few seasons.”