Posted on 1st November 2019 by admin in FA Trophy, Latest News with 0 Comments 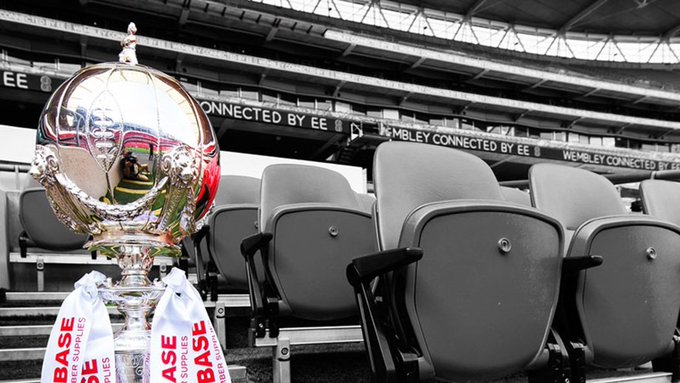 Brighouse Town have accepted the Football Association’s decision to kick them out of the Buildbase FA Trophy for fielding an ineligible player.

“Hugely disappointed” officials at the west Yorkshire club have confirmed they will not appeal Thursday’s expulsion for breaking the rules on international clearance.

Fellow BetVictor Northern Premier League club Tadcaster Albion have been reinstated in the competition after they lost 2-1 to their neighbours.

Taddy are now preparing to host Workington in the first qualifying round on Tuesday 5 November after their reprieve was confirmed when Town ruled out an appeal.

The Reds should have taken on Town at St Giles Road last Saturday but the tie fell victim to last weekend’s deluges.

The Town statement read: “We believe this is an extremely unfortunate situation and all at the football club are hugely disappointed by the decision and the circumstances surrounding it.

“It must be made clear this wasn’t an administrative error or an oversight by anyone at the football nor is the player concerned to blame.

“We have decided against an appeal and want to now focus on our positive run of results and continue with the season ahead.”

“Brighouse Town were the sixth team he has registered for in England at Step 5 or above. Prior to submitting the registration guidance was sort and advice provided regarding the information that was required to register the player.

“The information provided gave us permission to register the player, we received confirmation of registration and felt we had followed correct procedures.

“The question of International Clearance only arose when we requested further guidance from the FA due to an approach for the player from a Step 3 club.

“As a result of the charge and despite the circumstances the FA have ruled to remove us from this seasons FA Trophy competition.”

Mossley AFC were kicked out of the competition ahead of last weekend’s action for playing an ineligible player in their 4-2 win over Cleethorpes Town.

The reinstated Owls subsequently lost 6-1 at Morpeth Town last Saturday as they failed to make the most of their reprieve.

BetVictor Southern League Division One South rivals Willand Rovers were also kicked out of the competition last Friday after pleading guilty to fielding a player without international clearance. Their expulsion resulted in the reinstatement of Paulton Rovers.