Nikki Bull and number two commit to another season with Leatherhead

Posted on 20th May 2020 by admin in Isthmian Leagues, Latest News with 0 Comments 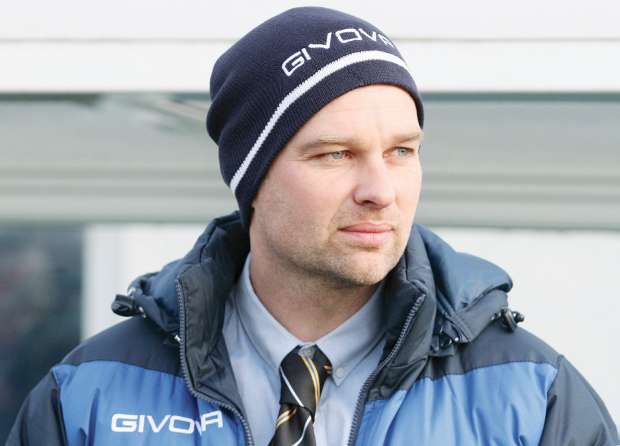 Leatherhead boss Nikki Bull and his number two Martin McCarthy will be guiding the Tanners again next season after agreeing new deals.

The Isthmian League’s Tanners confirmed the duo would be leading another promotion push on Wednesday, two years after the 38-year-old former Margate boss, pictured, arrived at Fetcham Groveon in May 2018 as player-manager on a two year contract.

McCarthy briefed supporters on their plans to put a team together post coronavirus hours after the news was released via an online fans’ forum on Wednesday evening.

When the 2019/20 campaign was brought to a halt by the global pandemic in March, former Aldershot Town, Hayes & Yeading, QPR and Wycombe Wanderers stopper Bull and his assistant were chasing a play-off spot in the Isthmian’s top flight.

After the great news on the current management team extending their time with us at Fetcham Grove, @martincmccarthy has agreed to answer any questions you might have and will try and answer them by this evening, so get your questions in to us via social media #MaccaIsATanner pic.twitter.com/tpjpfwkzNJ

Leatherhead chairman Daniel Hodges told fans: “After weeks of negotiations I have reached an agreement with the current management team to continue the good work that they have started for the long term future of the club!

“And they have started to talk to players about new deals and I will update you with players details as and when they are secured.

“With the changing environment we hope the new season will start as normal but more likely will have a slight delay. We have not been given any further information regarding this but I promise to update you if we do. Take care & keep safe.”

For much more news make sure you get your copy of The Non-League Paper from this weekend.