Who provides the best value in National League title race? 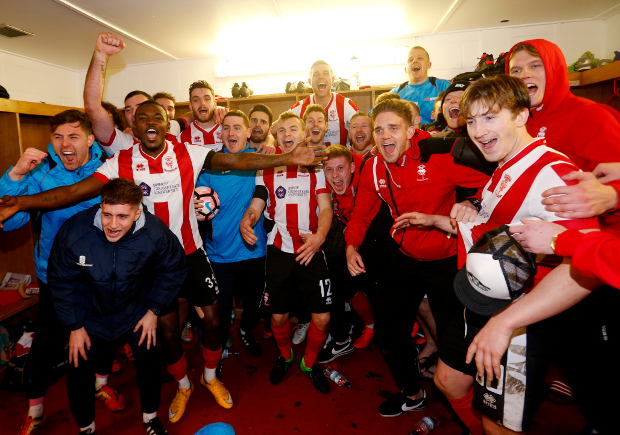 LINCOLN CITY secured a famous draw at Championship club Ipswich Town in the FA Cup on Saturday but will their Cup run have a negative impact on their National League title hopes?

The Imps have been superb this season under new boss Danny Cowley and currently sit top of the table by two points with games in hands over their rivals.

If you like putting a bet on, you of course always want to search for the best value and Lincoln simply don’t provide that, especially with Cup runs known for stalling league campaigns.

They are clear favourites and are as short as 20/21 with one bookie to lift the National League title at the end of the season.

In searching for the best value, you have to look at Forest Green, Tranmere or Dagenham, the three other clubs who should have enough to mount a real challenge.

Barrow also have that capability and while they’re not used to competing at the top of Non-League’s top tier, they are 33/1 with some bookmakers which is very interesting.

Forest Green will be most people’s pick outside of Lincoln. Mark Cooper’s side were running away with the league before a dreadful run of form saw their lead slip.

They have a squad packed with quality and are capable of putting another formidable run together – at 11/4 they provide decent value.

Tranmere are similar value to Forest Green and under boss Micky Mellon, could well go all the way. Odds of 9/4 look very fair.

If you want to take a punt, why not look at Dagenham? Their manager John Still is one of the best at this level and knows all about winning the National League having done so with Maidstone, Dagenham and Luton before.

Top scorer Oliver Hawkins looks set for a move into the Football League this month but you wouldn’t bet against Still finding a quality replacement.

Despite being just three points off the top, Dagenham are a 16/1 shot with most bookmakers so why not take advantage and make things interesting with Betfred betting on sports