The Non-League Football Paper
Home / Latest News / National League / Fans’ Forum: At last, Orient are back on the up!

Fans’ Forum: At last, Orient are back on the up! 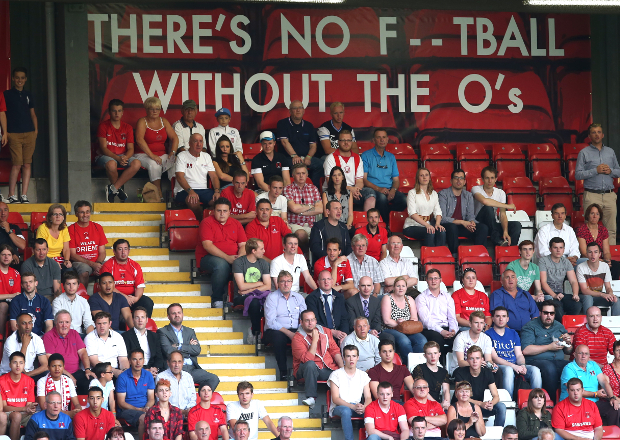 FOR the first time in what feels like ages, I am actually optimistic about the future of Leyton Orient.

After a couple of years of being messed around by a poundshop Corleone, it finally feels like we’re back on the right track.

Firstly, having one of our own in charge of the club is fantastic, and not just because Brisbane Road will now be peppered with large amounts of doughnuts on matchday! Kent Teague knows what the supporters want and expect, and I don’t doubt he’ll deliver.

Secondly, the signings we’ve brought in are quality. Macauley Bonne from Colchester is a very good addition, and even better is the return of Jobi McAnuff! That experience can only help our young squad.

Securing the training ground at Old Chigwellians is also a big plus; having the facilities to be able to nurture our youth and build a solid foundation for our club is vital.

We’re building on bricks under Teague as opposed to building on quicksand under Becchetti.

Non-League is an unknown quantity, limited purely to sideways glances at FA Cup exploits on television and bizarre viral snapshots on social media.

We don’t know what to expect, a nice change from the Becchetti regime where every body blow was depressingly inevitable.

Last season was a rock bottom moment for Orient, but, as Yazz said, ‘the only way is up’. If you can’t base your newfound optimism on the lyrics of an 80s singer turned born-again funk Christian, then what can you base it on?