BY HIS own admission, Tony Russell knows he won’t be turning up at the Oscars any time soon. IN THE GAME: Tony Russell is back in football at Lewes

The 41-year-old was unveiled as the new Lewes manager in an amusing announcement video where he and assistant Joe Vines stumbled upon chairman Stuart Fuller running through the necessary criteria for their next chief at the Dripping Pan. Russell’s performance was more deadpan.

“I think it will be my first and last role as an actor,” laughed Russell whose starring part has now gathered more than 20,000 views. “Normally I would be like, ‘No I’m not doing that’ but it was just so Lewes, it’s a special club.

“Lewes like to do things differently, that’s me as a person. When I first started managing, I didn’t want to kick it long, I wanted to play from the back. I remember other managers shouting down the line saying I’m naive. I’m not very conventional either, it just seemed a really good fit.”

The fan-owned club are a trailblazer for equality in football, paying their women’s team as much as their men’s team, and generally doing things in their own unique way.

Russell has made his own imprint on the Non-League game with success everywhere he’s been. 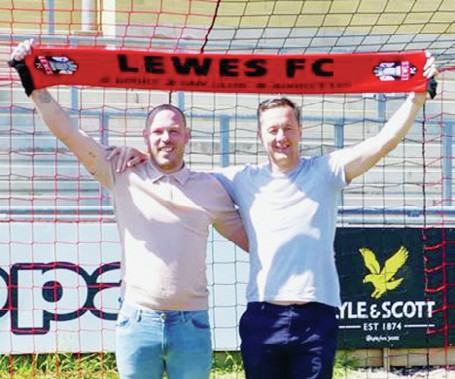 He led Erith Town to the top of Kent League before leaving and earning back-to-back promotions at VCD Athletic and keeping them in the Isthmian Premier before taking Cray Wanderers up to Step 3 and well-placed for promotion in both of the last two abandoned seasons.

Russell left the club in March after six years and didn’t expect to be back in management so soon, then he had two offers within days of each other.

“It was the first time I’d been out of football, I didn’t know how it worked and if I was going to get back in,” he said. “To get the interest and speak to Lewes, I was grateful for that and then getting the job. 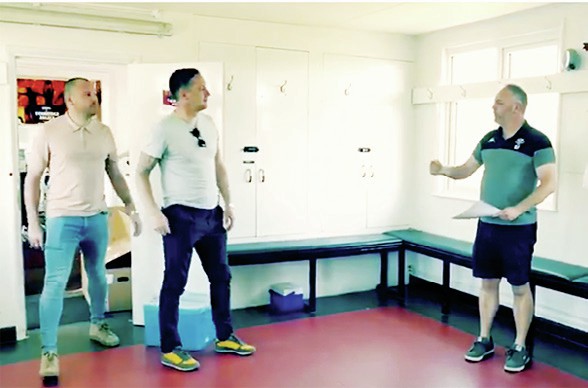 In his starring role

“It was a slow burner, I wasn’t too sure at first because I’d always managed local clubs and there are challenges of managing a side outside of your borough with recruitment and understanding players in the area. I’ve come out of my comfort zone.

“There was another club at the eleventh hour, I had virtually agreed everything with Lewes and I was going to confirm on the Friday. I spoke to them but I knew in my heart I was going to Lewes. It would have had to have been something absolutely ridiculous.”

Russell’s departure from Cray was a surprise, but he insists there’s no hard feelings towards the club.

“Cray is a brilliant club, I had unbelievable times there,” he said.

“By the end the club was moving in a slightly different direction which didn’t suit me and it was time to go. It felt right and I think Danny Kedwell is a better fit. He will do well there, I think it’s a good fit for both.

“I wish Danny and Cray all the best. Two of the Cray owners were some of the first people congratulating me on Lewes. There’s no bad blood, it’s just another chapter and now I’m on a new one with Lewes.”

And Russell has been working so hard since his appointment on recruitment and setting up links with Brighton & Hove Albion and Brighton and Sussex universities that he’s made himself ill.

“I’ve run myself down,” he added. “I’ve been on the phone recruiting non-stop and there’s highs and lows of when you get a player or don’t.

“In the management group chat, I’m like, ‘Go off to this address, this is the person’. It’s like Challenge Anneka going off in her helicopter. Stu’s like Anneka Rice with his headphones on! Maybe it’s a bit too soon calling the chairman that nickname but we’ll give it a go!”