IT’S a coin flip. For me, Torquay go in as favourites. But, let’s be straight, we will be watching two very good sides and this is a hard final to call.

It’s not quite as clear as when, for example, Tranmere Rovers took on Boreham Wood a few years ago. Then I was happy to stick my neck on the line and say Tranmere would win. But that game in particular showed anything can happen.

Although Tranmere ultimately were victorious, they had to overcome the red card to Liam Ridehalgh inside the opening 60 seconds.

There are elements of crunch play-off games that just can’t be controlled. It’s how teams deal with those extenuating circumstances – a penalty decision, an early goal. I guarantee Ian Burchnall didn’t put in his Notts County team-talk what they should do after Danny Wright scored for Torquay just 35 seconds into last week’s semi-final.

You hear it said all the time: Play the game, not the occasion. When I was in a play-off final with Brighton against Bristol City, we had an experienced squad to make the game ugly and win it with a late penalty. 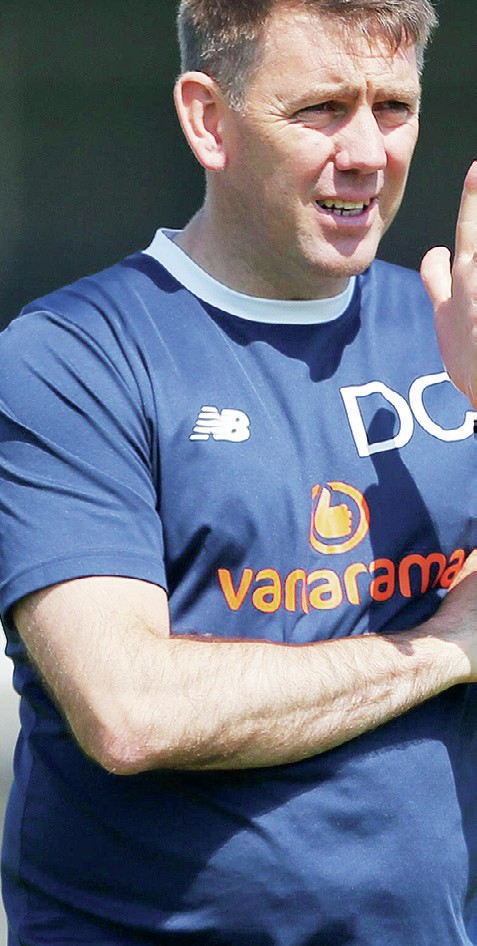 It was a bit like last Sunday’s Stockport v Hartlepool semi-final where it was always going to be one incident or bit of brilliance that would win it.

It will no doubt be a tense and nervy day for the supporters. As a player, you tend to get into the zone and the moment. It’s a bit like going into a boxing ring where you know if you get hit hard, you’re going to get knocked out. But you don’t think about that during the fight.

TRUST HAS BEEN THE KEY FOR POOLS BOSS CHALLINOR

Both teams have experience in key areas. Not only through their teams on the pitch, but also in each dug-out.

As I pointed out during the Hartlepool semi-final game at Stockport last Sunday, Dave Challinor pretty much just sat in the technical area and watched.

We’re so used to seeing managers on the touchline pointing, shouting, screaming and animated. It felt like Challinor was just happy to trust his team to get on with it.

Gary Liddle in defence was outstanding. Midfielder Nicky Featherstone was outstanding, Gavan Holohan was the same. It was a game I always felt they would win, even though it was on a knife-edge.

I’ve said before how impressed I’ve been with Rhys Oates this season and he comes into the game in red-hot form.

THE GULLS ARE WISE

Torquay have the same sort of experience through their ranks. Wright, who has been a big bonus since his return from injury, captain Asa Hall, veteran Dean Moxey, Ben Wynter – you can even look at how Gary Johnson deployed central defender Kyle Cameron left wing to do a job.

Whether or not they do the same with him this afternoon, I don’t know. It’s like the cat is out of the bag. 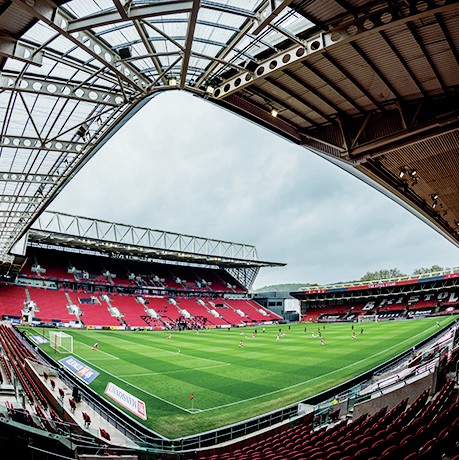 Maybe I’m wrong, but I think Gary called the changes that Notts County were going to make. He felt they were going to play Adam Chicksen and Richard Brindley at centre-half with Dion Kelly-Evans at right wing-back like they did against Chesterfield in the second half of the Eliminator game.

It’s not just been the old heads at Torquay. The young players there have been excellent for them. Joe Lewis, Sam Sherring, Adam Randell have really fed off the experienced players.

THIS YEAR’S PLAY-OFFS HAVE SERVED UP THE DRAMA

This game will see two contrasting styles. Hartlepool are more of a possession side, while Torquay are happy to spend more of the game without the ball. Then, when they’ve got it, they are going to be physical, direct with that quality of Connor Lemonheigh-Evans, who can really travel with the ball and adds a lot in the final third.

Hopefully that can make for a really good final. This season’s play-offs have certainly delivered so far. What has made the games even more exciting, and this is no disrespect to Bromley, but every other side in the play-offs are ex-Football League.

IT’S A GOOD YEAR TO GET PRO- MOTED

Who has been relegated? Grimsby Town and Southend United. Mariners boss Paul Hurst has been there and done it at this level. You know they will be a contender for a playoff spot, at least.

You see who Southend have signed. Josh Coulson with his two National League promotions and one of the division’s best strikers in Rhys Murphy.

Stockport County don’t have a five-year plan to get into the EFL, they want it now and will be strong. Notts County will be up there, Chesterfield, Wrexham will be be desperate to get out of this league with the backing of their Hollywood owners. It’s a massive chance for either Hartlepool or Torquay to get out of it now. 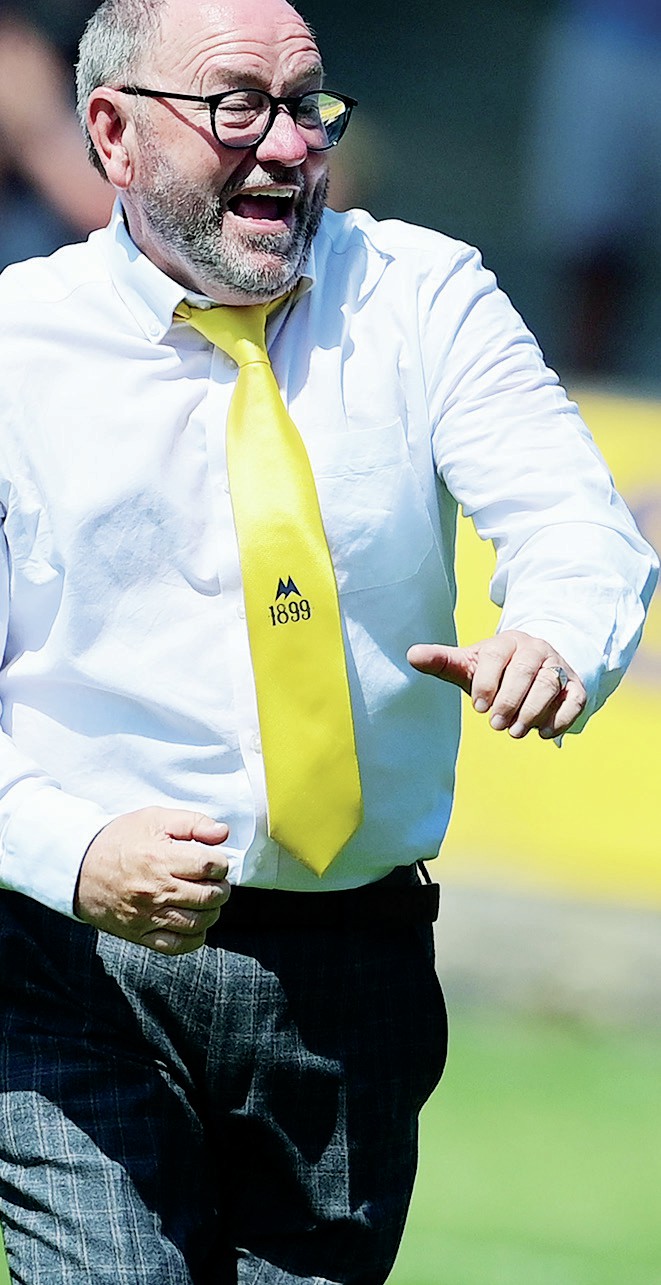 The play-offs were good on the pitch last season but there was no crowd so it just wasn’t quite the same.

I know nobody can help what has happened but the big thing we’ve all noticed is the return of supporters – 1,800 at Plainmoor last Saturday sounded like 5,000.

It just makes a huge difference for the players.

There have been some good team performances and individual performances in this year’s play-offs and loads of talking points in each game.