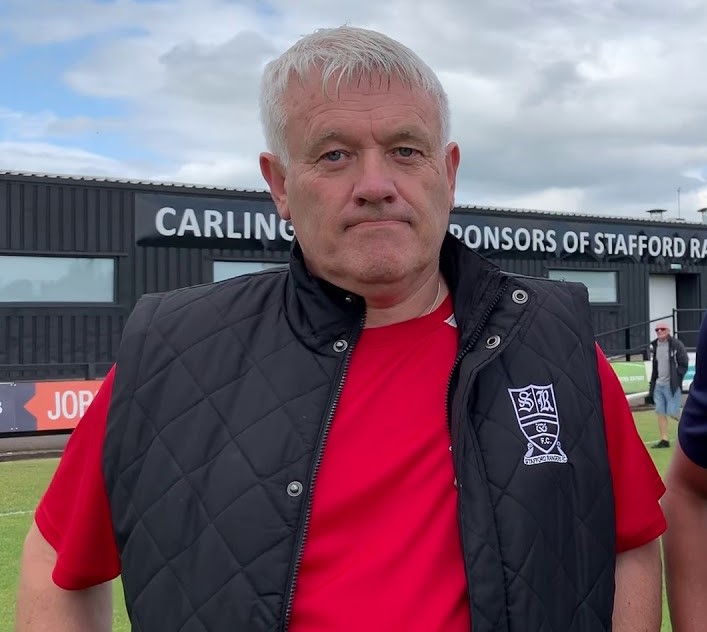 Stafford Rangers have named Andy Fearn as their new director of football a day after fans, volunteers and employees banded together to help the club survive the coronavirus crisis.

Former Stalybridge Celtic and Kidderminster coach and number two Fearn, pictured, was unveiled on Tuesday morning, 24 hours after leaving his role as joint manager alongside Alex Meechan and the launch of the club’s new Business Continuity Group.

Rock-bottom Rangers escaped relegation from the BetVictor Northern Premier League when the season was terminated and Meechan was also released from his contract on Monday, a year after the pair took the reins in March 2019.

With football in lockdown and no income for the foreseeable future from either football or the social club and other facilities at Martson Road, officials believe Fearn’s business acumen outside football can help the board and new advisory group develop a strategy to protect the club.

Statement from the Board
07/04/20
We are delighted to announce that with immediate effect Andy Fearn has agreed to join the board of Stafford Rangers as Director of Football. Outside of football Andy is a successful businessman and his business acumen will be of huge benefit.

A spokesperson said: “We are delighted to announce that with immediate effect Andy Fearn has agreed to join the board of Stafford Rangers as director of football. Outside of football Andy is a successful businessman and his business acumen will be of huge benefit.

“His experience and knowledge of the game will be invaluable as he oversees everything football. We have never before had the advantage of someone experienced like Andy to take over these responsibilities.

“Whilst we will be appointing a team manager at the appropriate time Andy will oversee everything in relation to discussions with players in the meantime. We look forward to working with him and welcome him to the team.”

The Staffordshire club haven’t been wasting any time securing their future since the onset of the crisis, setting a target of raising at least £50,000 to survive within days of the season being initially suspended.

According to a statement on Monday, more than £17,000 has already raised by fans and shareholders digging deep for Stafford’s Stand Together campaign by watching ‘virtual games’. £25,000 more is expected to come from government grants.

With estimated fixed costs of £6,000 a month to cover, Stafford Rangers chairman John Bromley told fans and shareholders that change must come and thanked them for their fantastic support.

“We must now look at everything again and look at new things and will be looking in detail about how we change,” said Bromley. “New board members are needed, more people to share the responsibilities and a sea change of process changes.”

Make sure you get your copy of The Non-League Paper from this weekend for great features and all the latest news in one place on the impact of the coronavirus crisis on society and football.