Posted on 21st May 2020 by admin in Latest News, Northern Premier League with 0 Comments 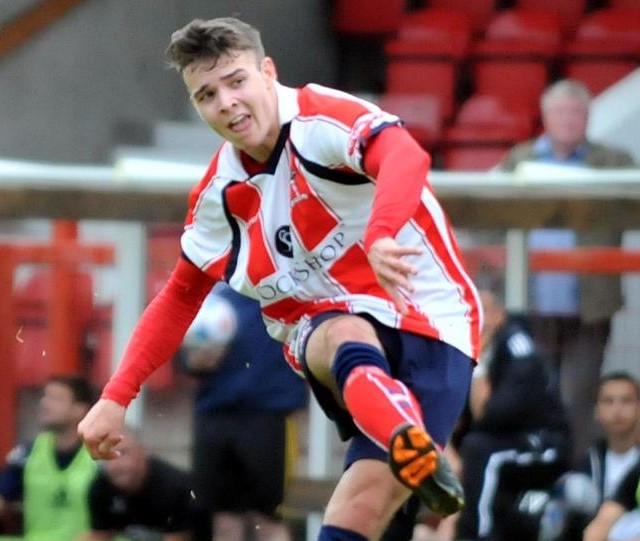 As well as the 25-year-old’s return to Wincham Park from Stalybridge Celtic, Macauley brought in Josh Gregory from Prescot Cables for season 2020/21.

Bakkor, pictured turning out for Albion in his first spell, is no stranger to Wincham Park having made 40 appearances while scoring nine goals between 2013 and 2014.

He returns after spending the last two seasons with fellow NPL Premier Division outfit Stalybridge Celtic, where he won their ‘Player of the Season’ award in 2018-19.

Comfortable in either wide position as well as down the middle, Bakkor has also played for Colwyn Bay, Clitheroe, Marine, Warrington Town, Curzon Ashton and Skelmersdale United.

The 21-year-old was a regular in the heart of the Cables midfield after kicking off his career at Wigan Athletic’s academy before spells with Chorley and Clitheroe.

Witton Albion press officer Paul Harper said: “We would like to welcome both Scott and Josh to the club and wish them well for their time in a red and white shirt.”