Posted on 30th June 2020 by admin in Latest News, Southern Leagues with 0 Comments 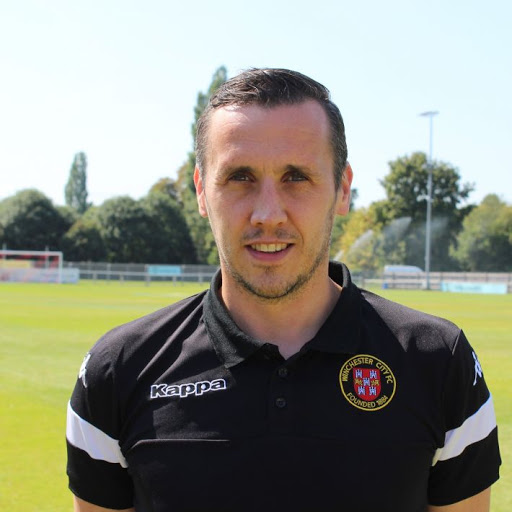 Winchester City manager Craig Davis and his number two Sean Birchnall have committed to the next Southern League season.

Former Fleet Town player-boss Davis, pictured, kicked off his playing career at Cardiff City before spells at Bashley, Salisbury, Gosport Borough and AFC Totton. Before committing at the weekend, he’d guided the Citizens to improved league positions every year since first taking over as interim boss in 2016-17.

The vastly experienced Birchnall is also the head coach of the British Army Men’s senior team. Physiotherapist Nina Parkin and sports therapist Jo Brocksom are also staying on at The City Ground.

City were in fourth spot and on course for a play-off berth in Southern League Division One South when Covid-19 halted their progress. In recent weeks, socially-distanced work parties have been working to get their home ready for whenever the new season kicks off.

We are delighted that @WCFC_Staff and @seanb556 are both remaining at the club and leading us into the new campaign. Both gave been a breath of fresh air since their arrival at City. The Gaffer has signed playing forms too this season. Keep up the great work #youcitizens ??

Davis and Birchnall have been busy getting their playing squad in shape despite the departure of head of youth development Josh Taylor to become assistant manager at Amesbury Town.

Former defender Rob Flooks has re-joined City while experienced midfielder Liam Gilbert is also on board, along with club captain and playmaker Jamie Barron. ‘Bazza’ will be the club’s representative for Epilepsy Research with money heading to the charity every time he scores next term.

Last season’s Goal of the Season winner Olly Balmer is also staying, along with Billy Connor, Ewan Haylor and Jack Francis who all spent time at Amesbury Town before the coronvirus struck.