Posted on 10th July 2020 by admin in Latest News, Southern Leagues with 0 Comments 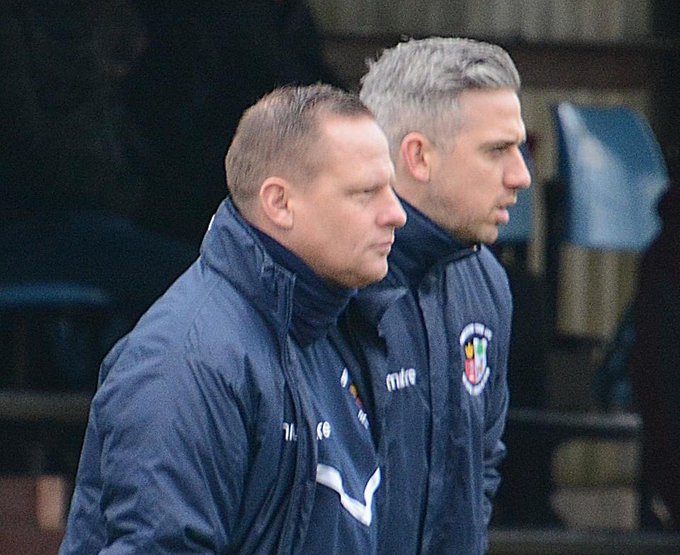 New Yate boss Paul Michael has made experienced forward Stuart Fleetwood his first signing after quitting the Cinderford Town hot-seat to take over at their Southern League rivals.

Appointed by the Bluebells on Thursday as the successor to Paul Britton after he stood down last week after four years at the helm, Michael moved quickly to bring in Fleetwood as a player-coach.

Former Risca United boss Michael and his assistant Andrew Smith are pictured guiding the Southern League Division One South & West’s Foresters before the pair left on Wednesday with the best wishes of chairman Stuart Tait.

He told the club’s website: ”I would like to take this opportunity of thanking them both for there professionalism over the last three and a half years whilst representing Cinderford Town Football Club. From a personal perspective they will both be hugely missed I have no doubt will be successful in there future endeavorus.”

Michael said: “I thought it was a really good opportunity. I have managed against Yate on a couple of occasions and the pitch is first class.  I like my team’s to pass the ball and attack, and with the club being a level up it was a no brainer to apply.

“The club’s main priority next season is cementing our place in Southern League Premier,and then building from there.”

Michael’s number two Smith previously managed Monmouth Town before leaving to team up with him at Cinderford in November 2016.