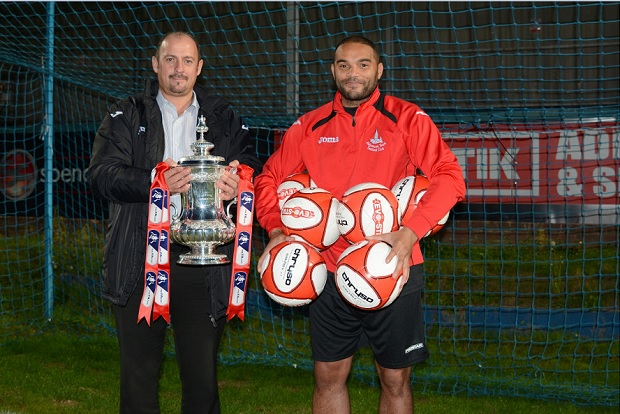 I READ with interest the letter printed last week from ‘Disgruntled ex-supporter’ (Fans’ Forum, October 5) regarding his lottery windfall and how he was disappointed to not receive a response from the chairman of the unnamed beneficiary club.

Firstly, many congratulations on your lottery win, but, secondly, please respect that such a vague letter to a chairman would not have been greeted with open arms.

Many Non-League chairmen manage businesses as well as trying to keep their beloved club afloat. This is also the beloved club that you now no longer support.

However, a letter stating that you ‘would like to invest’ may have been well received and satisfied your expectations. A lesson to investors!

I’M SORRY to hear, that ‘Disgruntled ex-supporter’ has given up on the idea of giving some of his lottery winnings to his football club due to lack of communication.

I have supported my club for over 60 years and have often dreamt of donating a large sum of money from such a win.

However, I would have got great pleasure from actually phoning or speaking to the chairman directly. The chairman of my club is always amenable and most people know him on first name terms and I think most chairman are the same at Non-League level.

Your letter may have gone astray or misread, so here’s hoping that you change your mind as £10,000 is a lot of money at our level of football.

FROM your SD Football Development article (NLP, September 28), it is good so see that efforts are being made for Jersey to follow Guernsey FC into the Non-League Pyramid.

It’s a trend which is ongoing and already reaping rewards. In Scotland, Orkney have taken a similar step and are now competing in the North Caledonian Football League, which acts as a quasi ‘feeder’ into the Highland League.

So how about the Isle of Man joining in to complete the set of island football clubs participating in UK mainland football?

IYSEDEN CHRISTIE. What a man. It was great to see the ‘veteran’ had scored six in the FA Cup for Halesowen Town.

I still remember him playing for my beloved Lambs against Everton in the competition a few years back. That’s undoubtedly a proud moment in his career as he played against a Premier League side but to score six in the same competition is probably up there.

At the age of 37, it just goes to show that proven strikers never lose their goalscoring prowess. They may lose their pace but they can still stick it in the net when it matters.

HOW refreshing it was to visit a football ground and to watch two very committed and skilful teams playing exciting one-touch football.

Yes, the recent match between Staveley Miners Welfare and the league leaders, Tadcaster Albion, in the Northern Counties East Premier Division at Staveley’s Inkersal Road certainly surprised me with its quality and non-stop action.

Staveley’s opening goal scored by Ellis Wall would have graced any Premier League ground. Taking the ball with his back to goal and spinning in a split second, he shimmied past two defenders on the edge of the box to make an angle for a shot and fired into the corner of the net.

It was a moment of genius that Fernando Torres (in his Liverpool pomp) would have been proud of.

For me, Staveley also boast the best goalkeeper in Non-League football in Steve Hernandez – if there’s a more accomplished and decisive shot-stopper, I’ve yet to see him play.

The excellent hospitality served up by the catering staff at Staveley is also second to none. A coffee to rival the high street shops but twice the size and a third of the cost, is yet another reason why Non-League soccer is far, far superior to that in the higher reaches of the football fraternity, where ‘how much can we take the punter for’ is the normal practice.

IT’S that time of year when Non-League clubs generally embrace the prospect of a glory run in the FA Cup – but it doesn’t seem to mean quite so much to some clubs these days.

I recently attended the FA Cup tie between Market Drayton Town and Stourbridge. I arrived there 25 minutes before kick-off only to be told that all programmes had sold out.

Surely with Stourbridge being a well-supported club and only being an hour away they should have expected a good crowd and planned accordingly?

Then, soon after, I encountered the other end of the spectrum when I attended Tamworth’s tie with Rushall Olympic.

This time there was a programme of sorts – two A4 sheets stapled down the middle to constitute a four- page ‘leaflet’ and charging £1 for it.

What a rip-off! Surely matchday programmes are part and parcel of going to games and not having any or feeling like you’ve been ripped off is not good for future attendances?

I ATTENDED the FA Cup replay between Cleethorpes and Gresley recently. What a thriller.

Nine goals (5-4 aet), three red cards and an excellent programme – all for £5! Who needs the Football League?