By Matt Badcock
RYAN Clarke is in a good place. The experienced goalkeeper is loving his first pre-season with National League South Bath City, is looking forward to the new season and the chance to push for more success.
At Oxford United, he was the No.1 as they won promotion to the Football League through the Conference play-offs at Wembley back in 2010.
There followed five more good years as United’s first choice in League Two. But it’s then that the story he tells today starts.
How a move to Northampton Town led to him sitting on the bench and triggered the beginning of what was eventually diagnosed as depression.
Compounded by bereavements, injury and a cancer scare, Clarke sought help and has come through the other side.
He doesn’t want this to be a hard-luck tale, rather he’s motivated to open up and help others if he possibly can.
“I’ve been very, ‘Shall I do this or shall I not?’” Clarke, 36, says. “The only reason I’m doing it now is because I am in a good place compared to where I was. If I can be in a bad place and get through it, so can other people. Hopefully people can relate to it.
“Whether it’s bereavements, injuries, struggling with not playing – I went through it all within the space of eight months.”
Through it all he’s had the support of wife Sarah, who he has sons Ralph, 4, and Harrison 2, with, his close friend Stuart Jenkins, who he’s known since infant school, and the help of the PFA.
When Clarke joined the Cobblers from Oxford, where he was held in high regard, he backed himself to be number one and assumed his performances during pre-season were more than enough to merit being first choice. But, for the first time since establishing himself at Salisbury City, he found himself on the bench each Saturday.
“Mentally that was tough to take,” Clarke says. “It spiralled. Because I’d not been in that position before and had always been playing, mentally I couldn’t deal with it because of the success I’d had at Oxford and religiously preparing Monday to Friday for a game on a Saturday.
“I was training every day, still working hard, it was a great bunch of lads, the other keeper was flying which was credit to him and we had a good relationship. But I just couldn’t deal with the fact I’d gone from one extreme to the other and I wasn’t prepared for it.
“It was a case of getting home from training, drawing the curtains and going to bed. I didn’t want to speak to anyone because I felt useless as I wasn’t playing.”
After a season of watching on, AFC Wimbledon offered a fresh start but by September he was back in Non-League with Eastleigh.
An outstanding performance in the FA Cup against Swindon in front of the live TV cameras saw him interviewed by Dan Walker where he spoke about the recent death of his dad, Ernie.
What people wouldn’t have known are the other devastating life events Clarke had been coping with.
“I wasn’t in a great place anyway,” Clarke says. “I struggled to get going at Wimbledon. But within those eight months of leaving Northampton and being at Eastleigh, I lost my grandmother and my grandfather.
“My sister was going through breast cancer, as well as my mother-in-law, and I had a cancer scare myself – skin cancer on my back – but they caught it in time. To top it off I lost my father in October.
“It’s not a hard luck story. It’s that struggling the season before mentally with the playing side, then having all of that thrown on top of me as well, I just couldn’t cope. I was in a bad place.
“I had help from the PFA, who were great, had meetings with a couple of different counsellors but I just couldn’t find a connection with them.
“If it wasn’t for my wife and my kids… they were all that were keeping me going, along with a very close friend from school.
“My wife said, ‘Enough is enough, after seeing the place I was in day in day out, ‘You’ve got to see a doctor’. So I did, I explained what had been going on and how I was feeling and she diagnosed me with depression. I was put on medication.
“That was quite hard to take, really. I’d thought I’d be able to deal with most things but it was a cocktail of absolutely everything.”
A torn tricep at Eastleigh led to more time on the sidelines to add coal to the fire, but the help and medication started to help.
“I knew I was struggling but I think it was the male thing, too much pride,” Clarke says. “I knew if I went to the doctors and told them how I was feeling and how I was acting they would put me on anti-depressants and that was the last route I wanted to go down. But it was the best thing I did.
“I’m weaning off them now, which is good, because I am in a better place and I’m enjoying my football in a good, positive environment at Bath.” 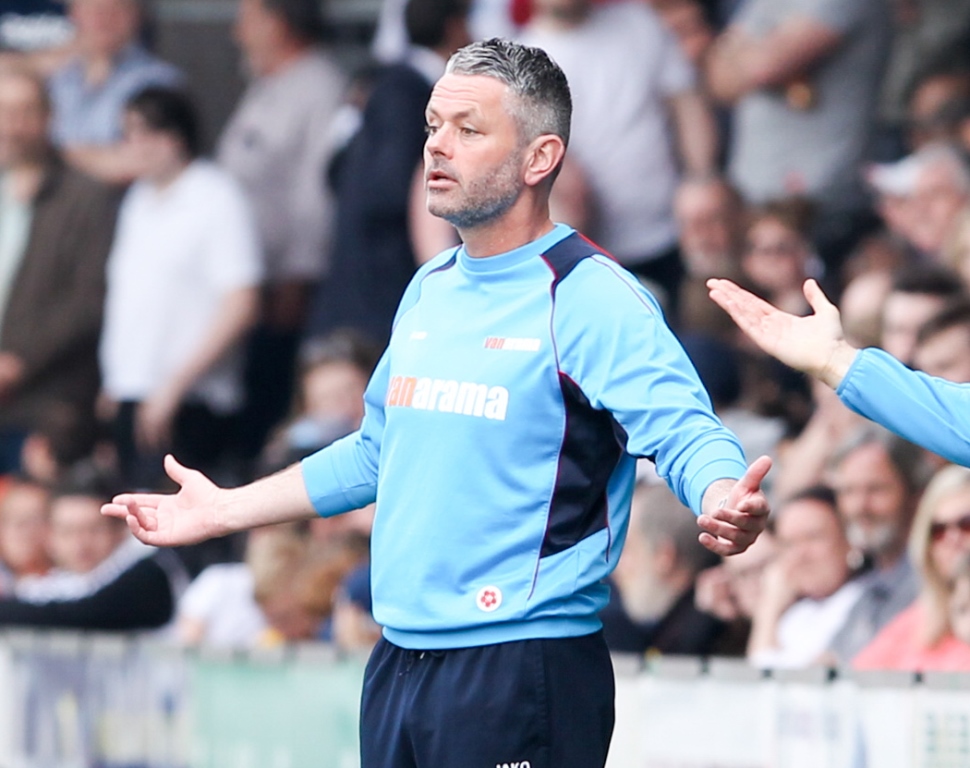 He had offers in the Football League but felt a move to Bath was the perfect opportunity. In a strange way, Clarke is happy he went through what he did when he did.
Rather than at the end of his career, it has allowed him to overcome his problems and continue playing at a good level for an ambitious club.
And he wants others to know they too can make it to the other side of their dark times.
“When it gets to a point where you’re going home, drawing the curtains and not wanting to speak to anyone or struggling to sleep at night or get out of bed in the morning, that’s where you need to seek help,” Clarke says.
“The PFA are there for people who have been members of the union but, purely, there’s no shame in going to see doctors or counsellors. I’m in a better place for it now.”
For all the latest news, interviews, features and match reports from Steps 1 to 6, with exclusive access and behind the scenes news from your club throughout the summer, become a subscriber to The Non-League Paper, here: http://bit.ly/NLP-Sub